THE EDUCATION FIRST ASSAULT THE VERJON AND COMPLETED THE JOB 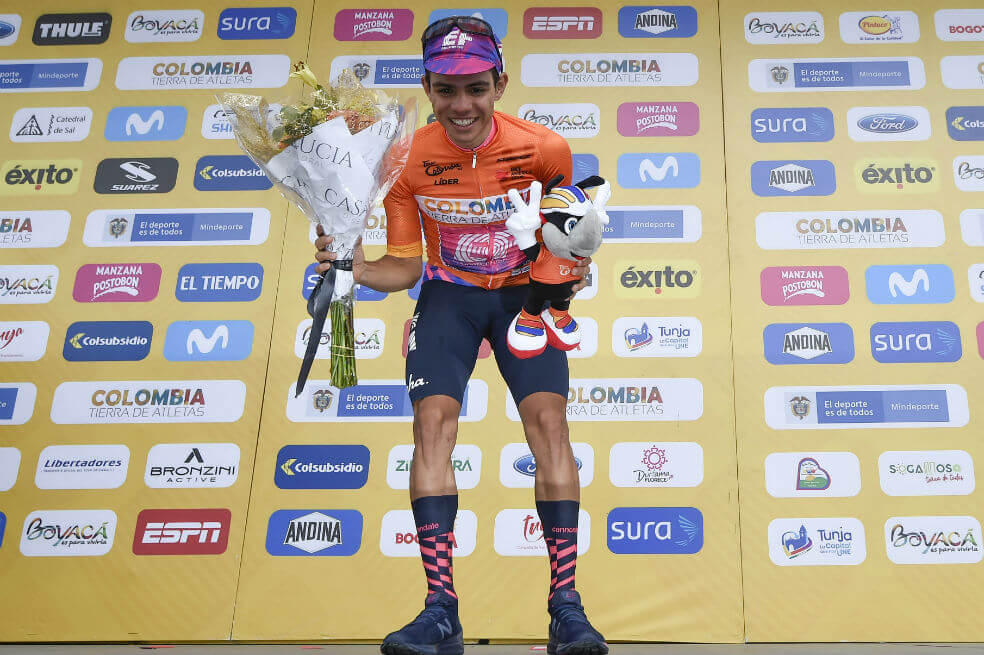 The Colombia 2.1 Tour couldn’t finish in a better way. The last stage was a real pedal battle between Team Ineos and Education First.

As predicted, the ascent of the Gate was going to be the biggest test for the platoon and the favorites to keep the title. Once the climb began, Egan Bernal gave fight until the end, struggled to cut time, but Sergio Higuita and Daniel Felipe Martínez gave all the size.

It was a very emotional day for what cycling represents in Colombia, with a climate according to the sports party and the crowded streets of fans who supported their idols in the most important race in the country. Fabio Duarte of Team Medellin was one of the riskiest, but already over the last kilometers in Bogota was captured by the general platoon that was led by INEOS.

The arrival at the top of the Gate was imposing, an authentic wall that had nothing to envy of the great European mountains and which tested the great World Tour pedalists of the peloton. Egan Bernal and Richad Carapaz tried to break up the group and Education First was guarding their leader Sergio Higuita.

In the last stretch, Team Medellin’s Oscar Sevilla tried to escape valiantly, but was captured by the group leading the powerful British team. From there, INEOS selected the peloton and became a hand-to-hand duel between Egan Bernal, Sergio Higuita, Daniel Martínez, Jonatan Caicedo and Richard Carapaz.

The arrival was vibrant, and although Ineos tried, it was Education First that commanded the attack for Daniel Martinez to win the stage, Sergio Higuita came in second place and Egan Bernal was third; the top 5 was completed by Miguel Flórez and Jonatan Caicedo.

Thus, Sergio Higuita, who two weeks ago was national road champion, won the Tour Colombia leaving his teammates in the second and third places and Egan Bernal empty-handed despite trying the mountain climb.

Taken: Antenna 2 / BolaVIP You can access all the results in detail and the rest of the information at the following link: https://www.copaci.org/event/america-tour-colombia-2-1-2