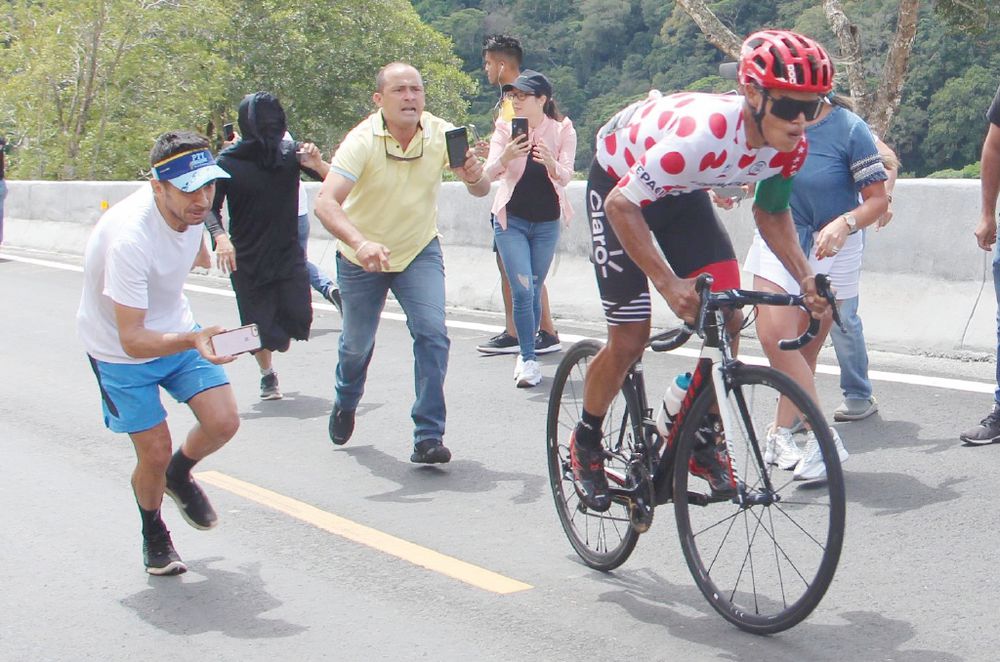 With the presence of the last three Panamanian national champions Carlos Samudio, Franklin el Águila Archibold and Christofer Jurado; and the great absence of the Guatemalan riders, who were great entertainers last year, will give the flag of the XLI International Cycling Tour of Chiriquí on November 24.

Initially, the Panamanian Cycling Federation (Fepaci) had informed at a press conference that the chapines would be part of one of the international teams that would participate in the competition, but the Guatemalan Cycling Federation confirmed that the Hyno One La Red team, which was headed by Mardoqueo Vásquez, will not finally come because three of his runners do not have the complete scheme of vaccines against Covid-19 required by the Panamanian authorities.

Osvaldo Delgado, president of the organizing committee of the Tour of Chiriquí, confirmed that, in effect, the representation of the Central American country will not be present, which will prevent Vásquez from defending his title of mountain champion.

According to the Fepaci report, 20 teams will participate in the Tour of Chiriquí, of which 10 are foreigners with riders from Colombia, Costa Rica, Rica, the United States and the Dominican Republic.

In total, the multicolored caravan will have to start with about 160 cyclists, including the Master category, which is unusual in international competitions of this type.

“Master riders have been included to give veterans a chance to compete. They will compete with awards apart from those of the international round ”, explained Delgado.

The Tour of Chiriquí starts on the morning of Wednesday 24, with a prologue type time trial by teams of 5.9 kilometers.

This section begins at the Las Madres park grounds and reaches the Federal Mall, to return to the starting point, where each team will conclude their participation.

One hour after the completion of this phase, the first stage of 81.34 kilometers will be carried out, which will start from David, will cross sectors of Chiriquí, will enter Horconcitos to San Lorenzo, to return to the unique starting point in the grounds of the Monument to the Mothers park. .

For our country, the team Panama is Culture and Values ​​is expected to show its face, led by the champion of the year 2019, Franklin the Eagle Archibold; Jorge Castelblanco, Alex Strah, Bolívar Espinosa, Roberto Herrera (U23), Sandi Guerra, Nolberto Hernández and Jonathan de León.

The 2018 monarch, Carlos Samudio, will also run; and the 2020 champion, Christofer Jurado.