The Olympic plaza on the Mexico route is by Yareli Salazar 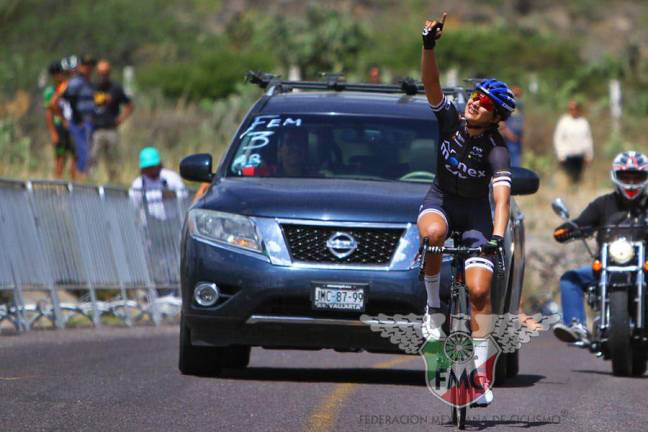 The Sinaloan cyclist Lizbeth Yareli Salazar Vázquez showed that running long races in Europe made her the best Mexican road, to the extent that this Saturday she got the long-awaited Olympic ticket to represent Mexico in Tokyo 2020.

The competition, endorsed by the Mexican Cycling Federation (FEMECI), brought together the best cyclists in the country, in an extremely demanding route, which accommodated Yareli when it came to descending at almost 90 kilometers per hour and leaving behind his rivals who came grouped in the mountains.

The AR Monex Women club rider won the 130-kilometer competition with a time of 3 hours, 16 minutes and 13 seconds; while her compatriot María Antonieta Gaxiola, champion of 2020, registered 3:19:18 and placed second. The representative of Guanajuato María Teresa Casas was placed on the third step.

According to various local media, Yareli’s quota must await the determination of the FEMECI, which no later than this Tuesday will have to define whether the rider will compete on the road or in the omnium test in the track mode.

This Sunday the road competition continues with the men, who are also looking for a place in the summer joust, in addition to being selected for youth championships and Pan American Games.

Yareli Salazar thus became the fourth Sinaloan who has assured her pass to Tokyo 2020, in addition to the Mazatlan boxer Brianda Tamara Cruz Sandoval, the Culiacan weightlifter Jorge Adán Cárdenas and the taekwondoca Briseida Acosta. It is expected that the FEMEC will also ratify Luz Daniel Gaxiola’s Olympic ticket in the track speed test.