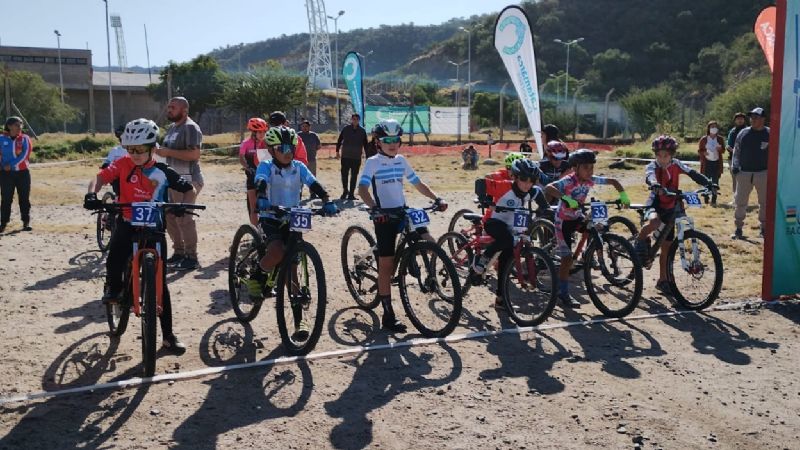 The Cycling Union of the Argentine Republic (ukra) and the Argentine Mountain Biking Federation (facimo), organize the XXV UCI Mountain Bike Pan-American Championship 2022 in the modalities: XCO – XCE – XCR – XCC and the MTB Children’s Festival, from May 25 to 29 in the City of San Fernando del Valle de Catamarca, Province of Catamarca.

The activity began at 8 in the morning with the continuity of the inscriptions that have been taking place at the Catamarca Cinema Theater, while from 1:00 pm to 3:00 pm the first official practices were held at the El Jumeal circuit, prelude to the official welcome ceremony.

The activity continued with the first relay competition for this children’s category, which consists of the participation of six runners per country, 3 men and 3 women, who completed the main circuit.

At 7 pm, the Organizing Committee held a technical conference to deal with sporting issues related to Thursday’s races.