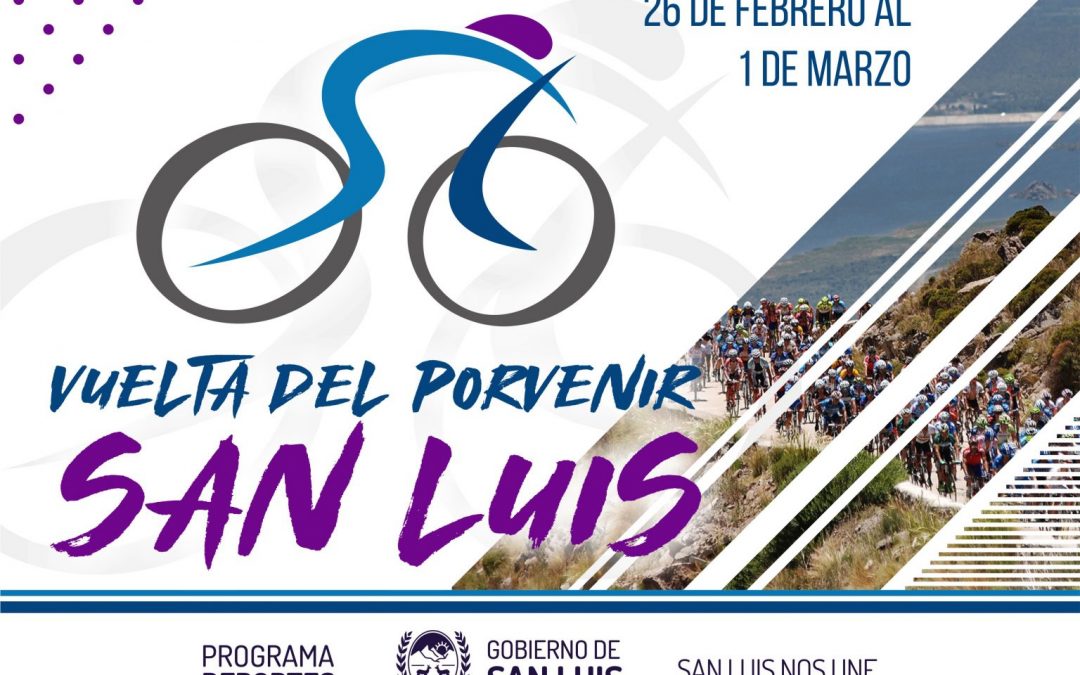 The international level cycling will return to San Luis on February 26 and South America will enjoy the mountains, routes and color of a competition that promises to be exciting. In total, the competition will run through 16 cities and towns for five days

At the end of 2019, Governor Alberto Rodríguez Saá announced the return of international cycling to the province. It will be through the Vuelta del Porvenir, a competition organized by the provincial government, through the Sports Program, which will bring together the best elite and sub 23 cyclists in the country. It will be from February 26 to March 1.

The first stage will be on February 26 and will link San Luis with Villa Mercedes. The symbolic start will be in the Pringles Square of the provincial capital, at 13:26; The actual departure will be eight minutes later, from the service station located behind the bus terminal.

The cyclists will pass through Fraga, arrive at the city of Justo Daract and turn to Villa Mercedes, more precisely towards the control tower of the international “Carlos Bassi” racetrack of the “La Pedrera” Park, where the arrival arch will be posted. It will be 177 kilometers in total.

A day later, in the second stage, the competitors will meet in the Plaza San Martín de Concarán, at 13:25. The actual departure will be at 13:36 on Route 40, in front of the Monument to the Cross, and they will embark on a 176-kilometer trip to the town of Juana Koslay. Along the way they will pass through Tilisarao, Naschel, La Toma, Saladillo, El Volcán and Potrero de los Funes. At 17:47, the stage will end in front of Juana Koslay Hospital.

On February 28, starting at 3:17 p.m., the third stage will take place, with the timed event as the protagonist. The start will be at the roundabout entering El Durazno; Cyclists will seek to reach the Polo Club and then return to the starting place. It will be 10 kilometers.

The fourth stage will be on Saturday, February 29 and the action will be moved back to the provincial capital. At 14:40 it will be the call to the corridors in front of the Ministry of Housing, in Terrazas del Portezuelo. Eight minutes later, the real start will take place in front of the bus station. Cyclists will travel 122 kilometers and pass through El Durazno, El Trapiche, La Florida, El Volcán, Juana Koslay and La Punta until they reach their destination: the Potrero de los Funes viewpoint, at 1,270 meters above sea level.

The fifth and final stage will be March 1st. The coronation day will begin at 14:14 with the call to the runners at the San Luis bus terminal. On this occasion, the protagonists will travel 122 kilometers in which they will pass through Los Puquios, El Volcán and the Cruz de Piedra dike area, until returning to the starting point. In total they will give three turns to this circuit.

The countdown began and the expectation grows among cycling enthusiasts. The province dazzled the world in each edition of the Tour of San Luis and now the Vuelta del Porvenir promises to reissue the best moments.