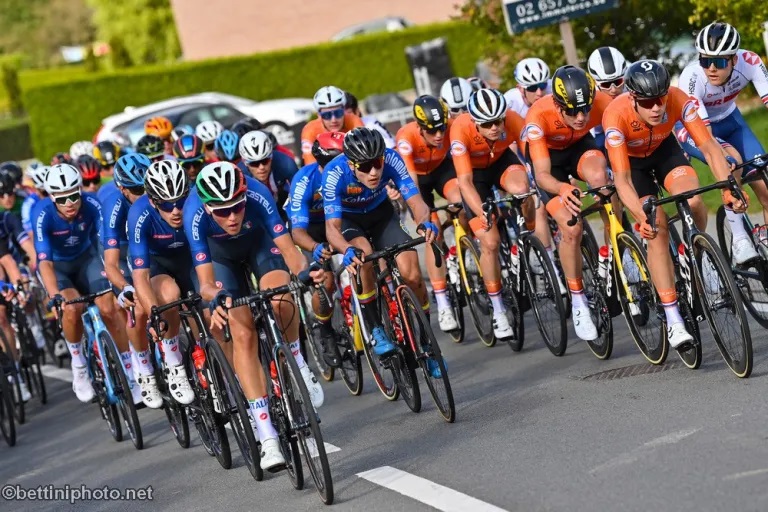 The road cycling of the First Junior Pan American Games Cali-Valle 2021 will take place on the roads of Valle del Cauca. The epicenter will be the historic municipality of Guadalajara de Buga and the local riders want to win it all, hence the registered army, with continental medalist names.

The best cyclists in America in the youth category will face each other from December 1 to 3 in road events and individual time trials (CRI), in the men’s and women’s branches. These tests will run through the streets of Buga and neighboring towns such as Andalucía, Guacarí, Bugalagrande and Havana.

The action will begin on December 1 with the women’s individual time trial. The route will consist of 16.2 kilometers, will be flat and will have a starting and finishing point at the Hernando Azcárate Martínez stadium, where the first CRI Junior Pan-American champion will be met.

On the same day, the men’s individual time trial will take place, with a distance of 26.1 kilometers. The route, also completely flat, will start in the Geneva park and take the road to Buga along the central highway until reaching Azcárate Martínez.

The actions will continue on Thursday, December 2, with the opening of road tests. On that day, the ladies will show their full potential in a combined route of 75 kilometers. The race will start in Buga and will take the runners to the Betania tollbooth, at a completely flat start.

Afterwards, the riders will return to ‘Ciudad Señora’ to continue along a broken road until they reach the district of Havana, located at 1,422 meters above sea level with temperatures ranging between 15 and 23 degrees Celsius.

On Friday, December 3, it will be the men’s turn, who will face a demanding 136.1 kilometer test. The test that will end road cycling in the Junior Pan American Games will also start from Buga and pass through Guacarí, Andalucía and Bugalagrande before returning to Buga. Back in Bugueño territory, the riders will set out on their way to Havana, a mountainous area of ​​the municipality where the champion will be crowned.

Colombia, led by the experienced technical director Carlos Mario Jaramillo, will travel to Valle del Cauca with a total of eight riders, among which the current national time trial champions in the sub-23 category stand out: Lina Marcela Hernández and Víctor Ocampo. Also, the name of Heberth Gutiérrez, current Pan-American U23 road champion, is added to the roster.

In the female branch, the Colombian team is complemented by Lina Rojas, Erika Botero and Elizabeth Castaño. Rojas, Castaño and Hernández are also part of the national team that will run the track events at the Alcides Nieto Patiño velodrome.

In the men’s branch, in addition to Gutiérrez and Ocampo, there will also be the Pan American time trial medalist Anderson Arboleda, who will also try his luck on the track. Finally, Germán Darío Gómez will be in charge of completing the national route list.

“We are preparing according to the proposed route of the race, we know that it is a flat terrain with a manageable climb, so we have very fast runners. There is also going to be a very small batch of runners for a very long run, in the case of men. As for women, it will be shorter, but just as demanding because there will be few runners in the lot. For this reason, we must be very vigilant in the escape. ”, Said the national coach, Carlos Mario Jaramillo.