THE ROUTE OF THE CYCLIST OF URUGUAY WAS CONFIRMED 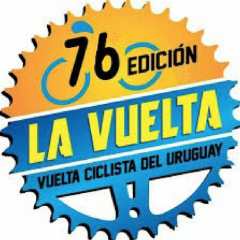 MONTEVIDEO. The stages and roadmap of the 76th edition of the Vuelta Ciclista del Uruguay, which will start on Friday, April 12 and end on Sunday, will be confirmed. It will run between Ciudad del Plata, San José and Montevideo, where cyclists will arrive the Rambla de Kibón, with a total of 1,639.1 kilometers of route. The winner of the last two editions was the Brazilian Magno Nazaret, from Funvic of Brazil.

The start will be in Ciudad del Plata, in the department of San José, on Friday, April 12, a day that will cover 150 kilometers until arriving at Colonia del Sacramento. On that journey they will enter and leave the city of Rosario.

The second stage will go from Carmelo to Mercedes (passing through Palmitas and Dolores); in the third stage the route will unite the cities of Mercedes and Paysandú; the fourth will leave from Pueblo Bassini and will arrive at Artigas; the fifth will link the departments of Artigas and Tacuarembó; the sixth stage will cover route 26 in Melo (it will be the individual time trial); in the seventh stage the route will pass through Treinta y Tres and Rocha (it will touch routes 17 and 8, it will pass through José Pedro Varela and route 14 to Lascano and it will arrive by route 15 to Rocha).

In the eighth stage the route will link La Paloma, Rocha, San Carlos and Piriápolis (it will enter Pan de Azúcar and the terminal point will be in the San Antonio hill, in Piriápolis); the ninth will unite San Jacinto and Durazno; and the tenth and last stage will start in Flores, it will enter the ravine to Montevideo and it will end in the Rambla de Kibón, in Pocitos.