THE SIERRA NINTH AT THE BEGINNING OF SANTOS TOUR DOWN UNDER 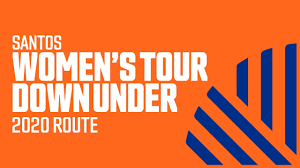 ARLENIS Sierra, from Cuba, was ninth in the first stage of the Santos Tour Down Under race, which began Thursday in Adelaide, Australia and won the local Chloe Hosking, of the Rally Cicling team with a time of 3: 17.02 hours at 116.3 km between Hahndorf and Macclesfild.

Arlenis managed again to enter the tip of a massive squad of 76 runners out of 94 who took the game just 11 seconds from the leader, as did her teammates from the club she leads, the Astana Women´s Team, the Italian Katia Ragusa, who crossed the finish line in place 24, the Mexican Lizbeth Salazar, in 66 and behind also the Francesca Pattaro, according to the site of the event.

The other of this squad, the Ukrainian Maryna Ivanuk, passed in the second and final lot in 88th place, three minutes and 55 seconds from the winning host, an experienced 29-year-old cyclist who accumulates 33 professional victories and a hundred of podiums in its 11 seasons of competition, history that includes the Tour of France and the Challenge of Madrid, appears on the portal cyclingnews.com.

The good performance of La Sierra de Manzanillo placed it on step 13 of the Individual General Classification, equal to 11 seconds of Chloe, and in the third in the prize of Esprines with 9 points, only surpassed by the Australian Lauren Kitchen (of the team FDJ) and eleven in the By Points with five, which is the sum of the locations in flying and final goals.

In the Individual General behind the toe is the Finnish Lotta Henttala, from the Trek-Segrafedo club) just four seconds and six also from Matilda Raynolds, from the Specialized Women´s, so it is glimpsed that today , nuanced by several climbs, can cause changes in that, the most important classification.

The second stage will take place on Friday morning again from 10 (7:30 p.m. Thursday in Cuba) over a distance of 114.9 kilometers from the Murray Bridge to Birdwood with ascents to Monte Torrens and in Forreston. 93 girls will leave, as one retired on the first day.