THE SPECIALISTS IN TIME TRIAL WILL BE… 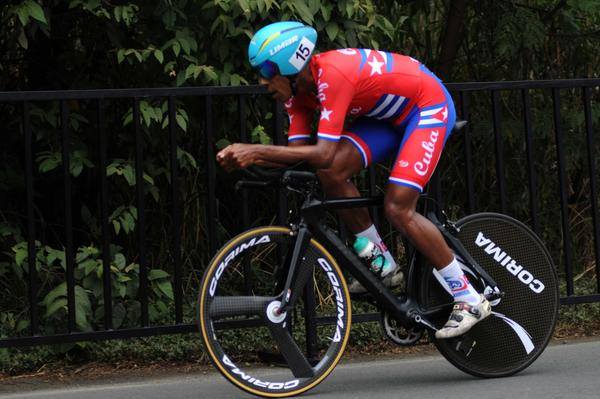 PACHUCA DE SOTO, HIDALGO. The 34th edition of the Pan-American Road Cycling Championships will officially begin its competitive stage this Wednesday in this city of the state of Hidalgo, with the discussion of the medals in the individual time trial, of both sexes, proof in Cuba will be represented by Heidy Pradera between the females and Pedro Portuondo and Emilio Pérez in the masculine section.

After formalizing their registrations on Tuesday at the Fiesta Inn Hotel, the main coaches of the two squadrons declared to be aware that it will be a very strong event, since in addition to awarding points for the Olympic ranking it will serve as preparation for all the countries of the continent for the coming Panamerican Games of Lima 2019.

“We decided only for Heidy because Arlenis Sierra, gold in this specialty in the past Central American and Caribbean Games, suffered a fall last Saturday and we did not want to expose her now to a double effort to ensure she can be ready for the route, which has won three times, “said Leonel Alvarez, head of the women’s training.

He also explained that Heidy has improved a lot after his hiring at the Astana club and can get a good result. “Today he rolled the circuit and although he will have very strong rivals, especially Americans, Colombians and Mexicans, we are all optimistic,” he said.

For his part, Adonis Cardoso, at the head of the men’s team, defended that Pedro Portuondo has all the potentialities for a medal, although the bike he will use is not ideal and is at a disadvantage with the rest of the participants. “He is in very good shape and he will fight to improve the purpose that we bring from a fourth place, but there is a lot of level in America and nobody is insured among the first ones”.

On the inscription of the Pinar del Río Emilio Pérez, he pondered that he won for his perseverance in this event, as he showed in the last National Classic when he was second, only surpassed by Portuondo. “It will be an extraordinary experience for him, young and with great perspectives,” he said.

The women’s time trial is scheduled for 22 kilometers on an 11-kilometer circuit through the Rio de las Avenidas, one of Pachuca’s main arteries, while the sub 23 men will travel 33 kilometers and the elite 44 kilometers, all in the same artery.

This Pan-American Championship brings together 26 nations and more than 200 riders, who in addition to the well-liked specialty against the clock, will have days 4 (women) and 5 (men) the exhausting, but vibrant road test, over 88.2 kilometers. ; 132.3 men under 23 and 176.4 those in the elite category in a circuit of the well-known City of Knowledge in this city.

The Cuban formations to this Pan-American are integrated, in addition to Arlenis and Heidy by Claudia Baró, holder sub 23 in the last edition, the experienced Yumari González and Yeima Torres and the young Yusmary Díaz. Among the men, the quartet that accompanies Pedro and Emilio are Yans Carlos Arias, Emilio Pérez, Hidalgo Vera, Alejandro Parra and Félix Nodarse. (Joel García / trabajadores.cu)