The time trial gave Colombia silver and bronze, in the Paracycling World Cup 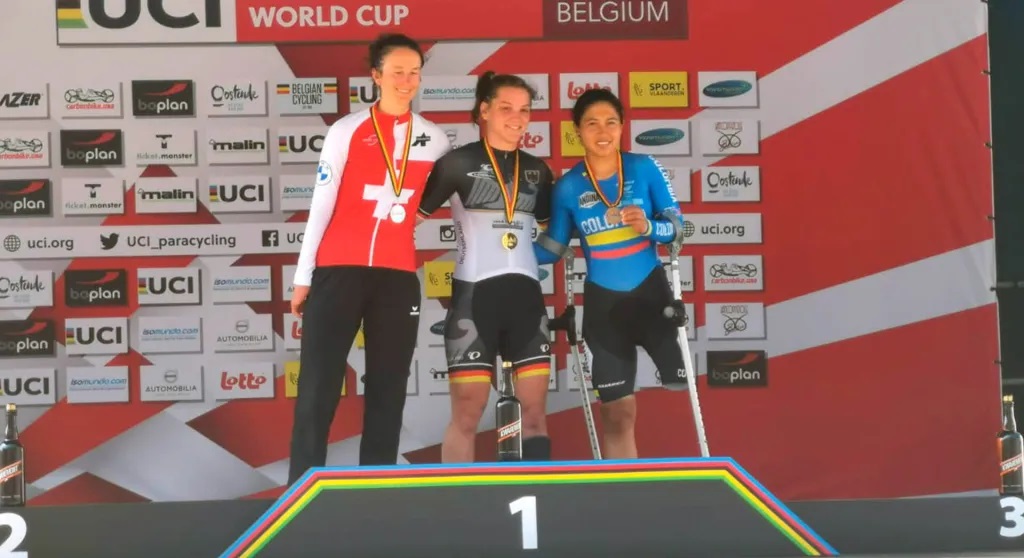 A silver and a bronze medal were achieved by the Colombian Andean National Team, which participated this Friday in the second day of competitions of the Paracycling World Cup, which takes place in Ostend, Belgium.

First thing in the morning, rider Carolina Munévar won the bronze in the C2 category time trial, with a time of 33 minutes and 27 seconds, achieved over the 20-kilometre track.

For his part, Alejandro Perea achieved second place in the 30 kilometers traveled in the C3 category, in which he recorded a mark of 40 minutes and 28 seconds.

We also learned that in the T2 category the American Dennis Connors won the gold medal, while the Belgian Tim Celen and the German Maximilian Jäger completed the podium.

In this category, another Colombian, Juan José Betancourt, winner of a bronze medal at the Tokyo 2020 Paralympic Games in the T1-2 road test, was satisfied with the fourth place obtained after competing with the best in the world.

“It was a fairly demanding time trial, a lot of headwind, I think we have improved. Taking fourth place in a time trial is an honor. We are getting better every day and we are very happy to compete here in Belgium”, said Betancourt in statements collected by the Ministry of Sport.