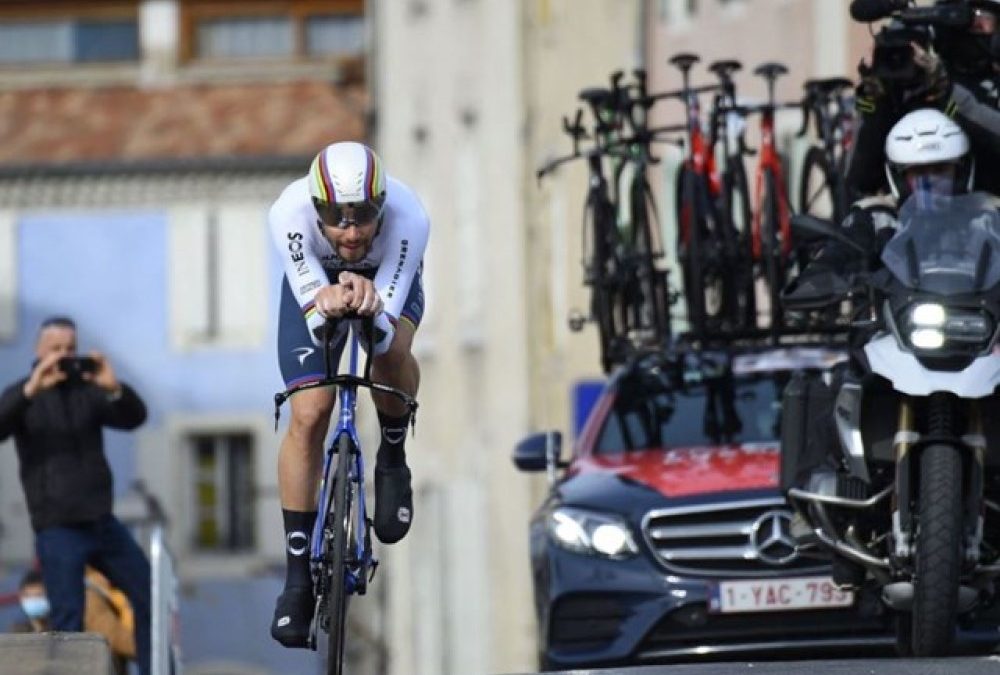 The UCI increases from 10 to 15 meters the distance that the follow-up cars will have to keep with the cyclist in the time trials to avoid the aerodynamic gains that their presence produces and that could distort the competition.

No one is surprised by the obsession of INEOS Grenadiers to scratch every marginal advantage at their fingertips, so when they started showing up in time trials with tracked cars fully loaded with bikes, it was clear to everyone that it was about looking for a profit, taking advantage of loopholes in the regulation. Something that quickly put the ICU with the fly behind its ear.

Aerodynamic studies have long shown that carrying a cyclist on a wheel or any other vehicle provides a benefit in reducing aerodynamic drag. As the aerodynamics guru Simon Smart explained to us, this is because, when a cyclist rolls through the fluid that is air, a vacuum area is created behind him that generates a kind of suction that translates into resistance. .

Carrying a bike or a wheeled vehicle causes that space to fill with air, either by the mere physical presence that occupies the space, such as when we carry another cyclist on a wheel or, in the case of follow-up cars, because when crossing the air push it forward, causing it to occupy that void. In both cases, the result is the same, an aerodynamic gain.

The UCI reacted to this fact by setting a minimum distance between the cyclist and the car of 10 meters. Now, seeking to further reduce the influence of cars, they have decided to increase this distance to 15 meters so that the possible influence of having a car behind becomes residual.

It is also specified in the new rule, which will come into force in the 2023 season, that the cyclist cannot be overtaken at any time. In the event of a breakdown, the assistance must be carried out with the car and the cyclist completely stopped. However, the rule does not define the number of bikes that cars can carry in these tests, since it is considered that the distance of 15 meters is more than enough to not generate aerodynamic gains in any case.

In any case, it remains in the hands of the judge-referee following the competition the task of assessing on the fly the distance kept by the follow-up vehicle and of warning or sanctioning in the event that, according to their perception, this distance is not being respected. minimum distance of 15 meters.