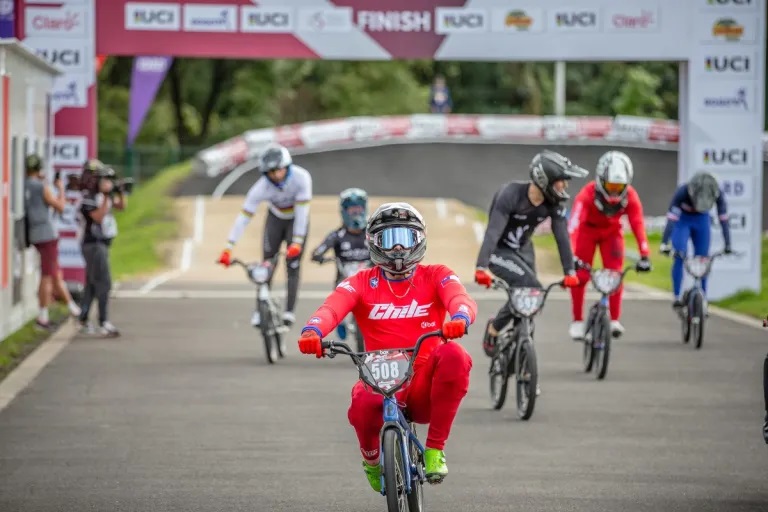 The golds of the American Cameron Wood in the elite category and the Chilean Mauricio Molina in the Sub 23, as well as the silvers of the northerners Alise Willoughby and Mckenzie Gayheart were the medals achieved by America in the sixth stop of the BMX Racing World Cup, disputed this Sunday, September 25 in Bogotá, Colombia.

During the day at the “Carlos Ramírez” bike track, riders from 29 countries met and the biggest surprise for the specialists is that the Colombians did not win any medals, despite having their best cards: the Olympic multi-champion Mariana Pajón and the Olympic bronze Carlos Ramírez, among other outstanding cyclists of this specialty.

In the men’s elite category, the American Cameron Wood took revenge (he had finished second in the fifth round of the contest) and, with a mark of 32.725, was crowned champion of the sixth round, beating Frenchman Joris Daudet in the final. second with 33,147, and the Australian Izaac Kennedy, third, with 33,186.

Colombian Diego Arboleda, second in the UCI ranking, finished in seventh place in the final, stopping the clocks at 34.893. The British Kye White, third in the world ranking and Olympic runner-up, did not finish the test.

Now, after six rounds, Frenchman Sylvain Andre remains at the top of the overall elite men’s ranking, with 2,170 points, while Laura Smulders leads the women’s ranking with 2,790.

For her part, among the women, elite category, the podium was adorned by the Dutch Laura Smulders with the title (she had hung the silver medal in the previous round), while the American Alise Willoughby was in silver and the Australian Lauren Reynolds finished with the bronze.

In this category, the Queen of BMX, Mariana Pajón, surpassed what had been done in the fifth round on Saturday, crossing the finish line of the final heat in fifth position, with a record of 37.244. Her teammate from the Colombian Andean National Team, Gabriela Bolle, who also advanced to the elite final, was seventh, with 37,963.

The seventh and eighth rounds of the UCI BMX Racing World Cup will be held on October 1 and 2 at the Carlos Ramírez track in Bogotá.