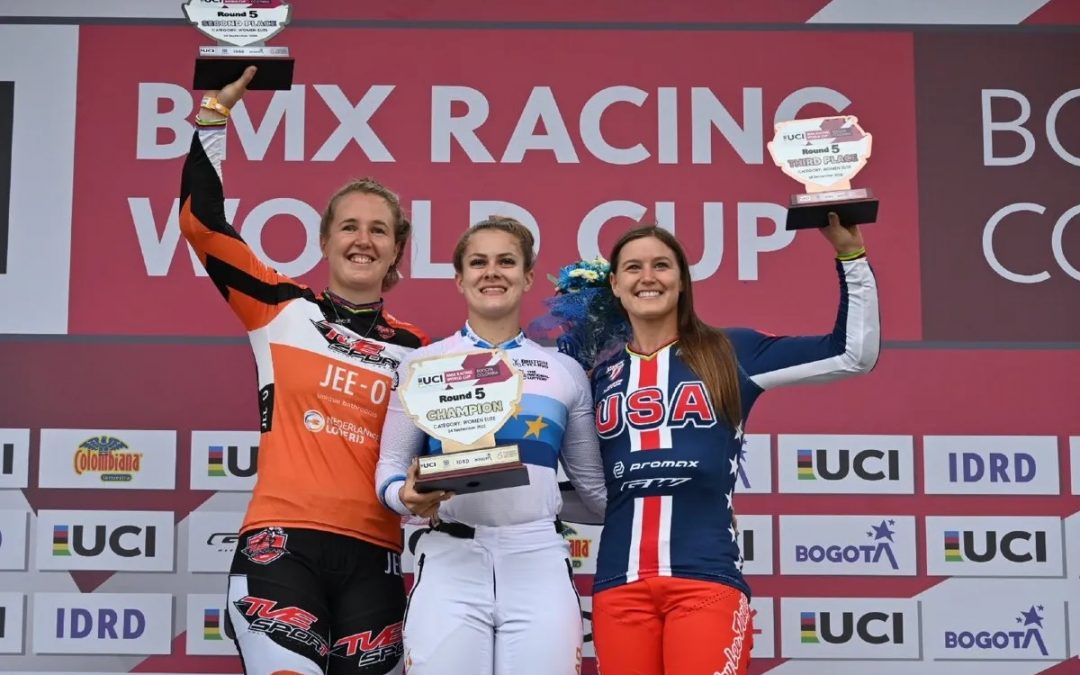 This Saturday the fifth stop of the BMX Racing World Cup was held, on the “Carlos Ramírez” track of Parque el Salitre in Bogotá, where the most outstanding for America corresponded to the American runners Cameron Wood (silver) and Alise Willoughby (bronze); while surprisingly the Colombian runners were left off the podium.

The gold in the elite category for women went to the British Bethany Shriever, the silver was in the hands of the Dutch Laura Smulders and the third drawer of the podium was completed by the aforementioned Willoughby. Meanwhile, Gabriela Bolle was eliminated in the semifinals.

For her part, the triple Olympic medalist, the local Mariana Pajón, qualified for the final, however, she could not get past sixth place, after starting from the eighth lane. The ‘Queen of BMX’ made a great start, but she was losing positions and in the end she couldn’t come back.

Among the men, the gold medal went to the Dutchman Niek Kimmann, the silver went to the American Cameron Wood and the bronze went to Frenchman Sylvain Andre.

Colombian bike riders were left in debt. In the men’s elite final, Miguel Alejandro Calixto, the only Colombian to qualify, also finished sixth. While Carlos Ramírez and Mateo Carmona were involved in a fall and were eliminated in the semifinals.

The international contest will continue this Sunday with the sixth phase.