The Vuelta a Chiloé and the GP of Patagonia, included in the UCI América Tour 2022 calendar 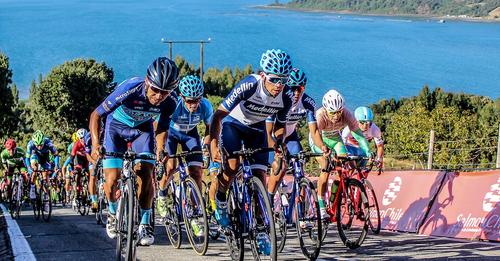 The organizers of the Chiloé Cycling Tour and the Patagonia Grand Prix have plenty of reasons to celebrate this end of the year. The International Cycling Union (UCI) officially published both events on its website as part of the UCI America Tour 2022 calendar.

“We are very happy to be in the UCl racing program for the fourth year in a row. It fills us with pride to appear again with two races that we do with so much love and effort from the Isla Grande de Chiloé “, said an enthusiastic Pablo Haeger, the general director, as soon as the news was consummated.

In the case of the Vuelta a Chiloé UCI 2.2, it will take place between Tuesday 2 and Sunday 6 March, with five stages. And here is one of the novelties, because the UCI 1.2 Patagonia Grand Prix will be held after the Chiloé round, on Tuesday 8 of the same month -with headquarters to be confirmed-. Thus, cyclists will arrive with more fatigue in their legs to the one-day event.

The platoon will be made up of 15 teams. So far, five international squads have confirmed their presence, to which “two or three more” could be added, according to Haeger, who does not stop receiving requests for invitations from teams from different parts of America. “Very soon we will communicate the participating formations of both events,” completed the general director, who announced that the best Chilean cyclists will also be there.

Finally, Pablo Haeger referred to the COVID-19 pandemic situation. “There are no cases of massive outbreaks on the Isla Grande de Chiloé and we have a high percentage of vaccinated. We have the support of the authorities, who have assured us that both events can take place. We are calm and working with great enthusiasm, trusting that they will be the best Tour of Chiloé and GP of Patagonia that we have done since the beginning ”, assured the general director.

For his part, the president of the National Cycling Federation of Chile (FEDENACICH), Marcos Borie, also expressed himself about the inclusion of the two races in the UCI 2022 calendar: “We have supported the organizers with the realization of both tests. . These events help Chilean cycling a lot because this way our athletes will be able to play with foreign teams ”.

It is worth remembering that the 2020 and 2021 editions of the Chiloe Tour could not be held due to the restrictions of the pandemic. While the Grand Prix did manage to be held in March of last year, with Colombian José Tito Hernández (Team Medellín) as the winner.