The Vuelta a San Juan 2022 will start in La Boca 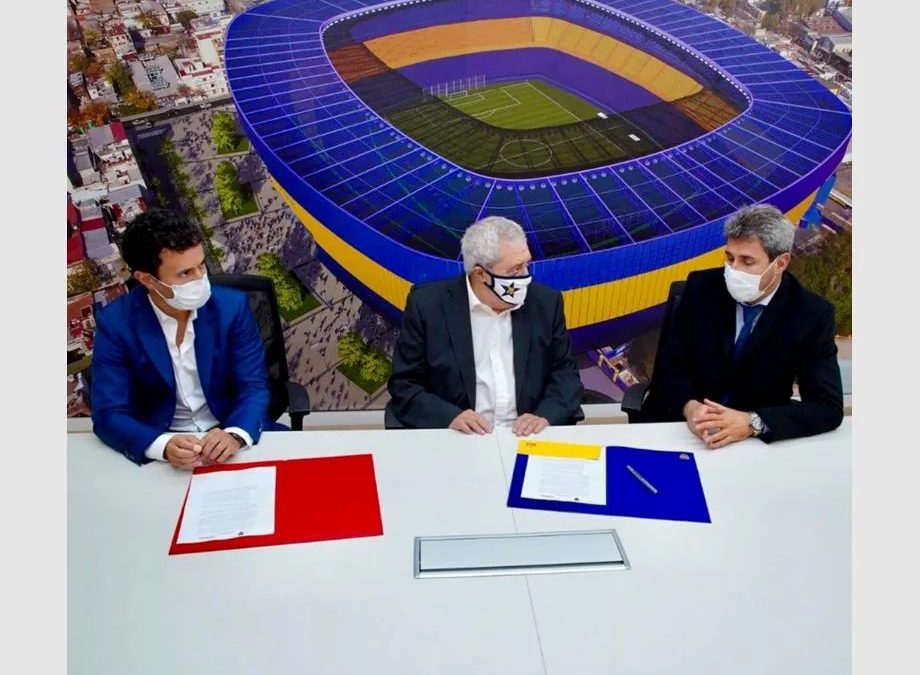 Everything that Boca world implies at the level of national and global resonance comes to bring another flight to everything that the Vuelta Ciclista a San Juan 2022 generates from its own name.

And it is that after several decades of absence and through the commitment of Boca Juniors with the Government of San Juan, the maximum Argentine pedal festival will begin in the streets of La Boca with the realization of a Criterium that will remember those who in the decade of 70 toured the picturesque streets surrounding La Bombonera.

Having Boca Juniors in the middle generates another sounding board that the Vuelta de San Juan intends to optimize to give it more visualization, this commitment being the first of the subsequent steps to bring everything that is the maximum sports festival of San Juan to different cities of the country, expanding the impact that the Vuelta already has.

In the commitment agreed with the Xeneize leadership, after the formal presentation of the 2022 edition of the Vuelta a San Juan next November, both in our province and in Buenos Aires, a Criterium will be run in the streets of the La Boca neighborhood to to establish the support of the club for what they consider and value as the most resonant sporting event in the country.

San Juan, represented by the governor Sergio Uñac and accompanied by the Secretary of Sports, Jorge Chica, signed the agreement that also includes all the disciplines that Boca has as a club, so from now on there will be projection opportunities for San Juan athletes . Although the emphasis was put on promoting the most characteristic sports of San Juan such as roller hockey and cycling, fundamentally.

“This is part of a process of expanding what we want for the sport of San Juan. The Vuelta has to have national and international relevance and what better what Boca Juniors generates and all its importance to be part of this.

“A commitment document was signed that opened the doors of the club with its 70 disciplines, but also gave us the visualization that its name implies to transcend all areas. The idea is that in November, after we make the formal presentation of the Vuelta in San Juan and then in Capital Federal, the next day we will run a Criterium in the streets of La Boca, reissuing those street races of the 70s. that they had so much call in the neighborhood “, began detailing Chica.

San Juan is preparing to recover the post-pandemic Vuelta and the formalized approach with Boca Juniors will offer another flight to everything that it had already generated from its international projection. San Juan gets onto a national stage at the hands of one of those who move crowds. The Vuelta 2022 will start in La Boca, climbing to another level.

Ameal: “They are the kings of cycling”

The president of Boca Juniors, Jorge Amor Ameal, signed the agreement with San Juan to be part of the Vuelta and in his analysis of the agreement he highlighted the capacity of the people of San Juan: “We are going to do a preview. The kings of cycling are you, us We don’t want to compete in this, we want to help, collaborate, we are going to do a previous lap before you race in San Juan.

“We are working on that, to set up the race, diagramming the Criterium circuit but we have no experience and you will contribute that to set up the circuits and everything else that is related. You will put your proven experience in holding this type of event and we will contribute our audience. We hope to be in San Juan soon because it is a province that I feel, that I love very much. This step is important for the sporting life of our institution “.

San Juan, through the governor Sergio Uñac signed an act of commitment with Boca, with the aim of establishing links with the mythical entity so that High Performance athletes from San Juan can perform tests in the different disciplines that are practiced in the institution.

Governor Sergio Uñac expressed his satisfaction with the signing of the agreement “with an institution of the highest prestige. San ha Juan has made sport a State policy, and that together with education we consider as tools of social change. No one can ignore, be it or not a sympathizer, the size of this club. “