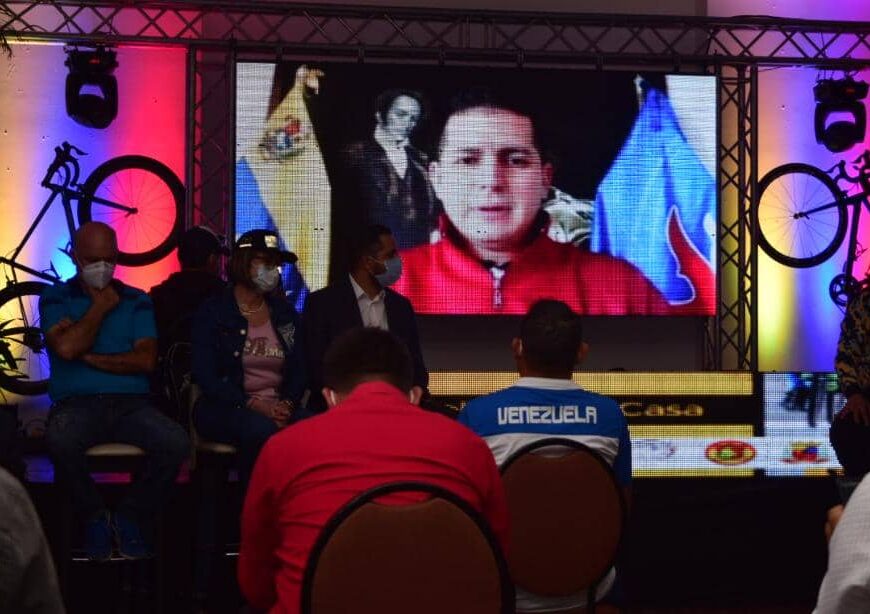 In the Doral III room of the Lidotel San Cristóbal, the fifty-sixth edition of the Tour of Táchira by Bicycle was officially presented to the media, competition 2.2 endorsed by the International Cycling Union belonging to the América Tour calendar.

With the participation via Zoom of the Minister of Sports, Mervin Maldonado, as well as the organizing committee of the competition; chaired by Julio García Zerpa, the president of the Venezuelan Cycling Federation; Eliezer Rojas, Dr. Amelia Fressel and other collaborators of the event gave the activity.

“This 2021 we open the national sports calendar with the Tour of Táchira by Bicycle, likewise we celebrate that the competition is the one that opens the UCI América Tour calendar, for this reason we must support this sporting event and we must also take care of ourselves, from home we can follow this career, “said the sports minister.

Following all Biosafety protocols, the presentation of the Vuelta Grande de América was transmitted via streaming through the official channel of the event on YouTube: Vueltalatachira2021, where the presentation ceremony was held.

The Tour of Táchira by Bicycle has a route of 890.9 kilometers, containing eight stages, from January 17 to 24 and 39 intermediate prizes, which are divided into 28 Sprint and 11 mountain prizes (2 of the first category, 4 of second and 5 third).

Likewise, Julio García Zerpa indicated; “We have formed a group of people who are betting on the success of the Vuelta, this 56th edition will be historic as it will be able to present 13 foreign teams and 14 national sextets, with the help of the national government and a group of businessmen who believe in sport” .

In this way, the birthday girl Vuelta al Táchira will be fifty-six years old next Sunday, when the checkered banner will be lowered in the fulfillment of the first stage, starting in the Táchira town of Lobatera and ending in El Vigía, Mérida state, day of 131.9 kilometers.