The World Road Championship in Wollongong begins with the time trial 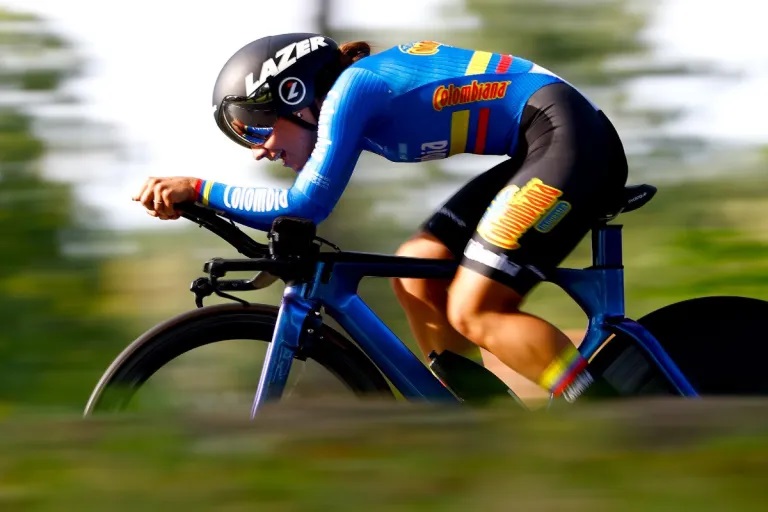 Red, orange, yellow, green, indigo, blue and violet. They are the colors that make up the rainbow and also the most coveted garment in cycling, as it gives its wearer the honor of wearing it for a whole year. That does not mean anything other than being world champion, which will be at stake from September 18 to 25 at the Road World Championships held in the Australian town of Wollongong.

The starting signal, since the different teams left behind the controversies caused by the logistics (air travel of up to 30 hours and costs that reached €8,000) of the trip itself, will be given by elite category time trials that will be very specials.

For the first time in the history of the World Championships, men and women will share an identical route, which this time will be 34.2 km and will consist of two laps of a technical, buzzy and twisty circuit with a total of 30 curves. This will allow the most skilled and explosive riders at the exit of the turns to have more options to break the pure rollers.

As far as the protagonists are concerned, with the echoes of his great victory in the recent Vuelta a España still resounding, there is no doubt that Remco Evenepoel is one of the top favorites for gold (he already knows what it means to win bronze and silver) in aussie territory.

Filippo Ganna, world champion for the last two years, is running as the Belgian’s main rival, although it will not be easy for him to defend his crown on a route that does not favor him. The third in contention, how could it be otherwise, will be a Stefan Bissegger who is endorsed by his gold in the European Championships a month ago, where he beat Stefan Küng by just one second who also aspires to be in the pomade.

The list of contenders, in which Wout van Aert is not included (he gave up the time trial to focus on the route), is led by Tadej Pogacar who arrives in good shape after his recent victory in Canada, along with men like Rémi Cavagna, Yves Lampaert or João Almeida, among others.

In the women’s category, the range of candidates for the medals may be smaller, with Annemiek van Vleuten, Ellen van Dijk and Marlen Reusser monopolizing all the spotlights. Precisely the three were the ones who occupied the podium last year at the Flanders World Cups.

In addition, their latest successes in the discipline (Van Dijk, world champion; Van Vleuten, Olympic; and Reusser, from Europe) place them one step above the rest, including a Lotte Kopecky who heads the list of outsiders.

“It is a very technical circuit of 17 km, with only a 1 km slope during it. It’s good for me, because there are a lot of corners and that benefits me compared to more powerful runners, like Van Dijk”, explained Van Vleuten herself to AS two weeks before some exciting World Championships.

The Americans Leah Thomas and Kristen Faulkner, the Canadians Leah Kirchmann and Alison Jackson, the Colombian Lina Marcela Hernández, the Argentine Luciana Roland and the Chilean Catalina Anais Soto will take the elongated race for America.