The XX Women’s Tour of Guatemala, a reality 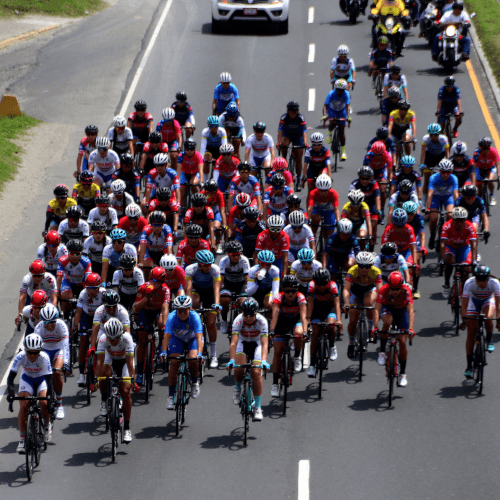 The Guatemalan Cycling Federation (FGC) presented this Thursday at a press conference, officially the XX edition of the Women’s Cycling Tour of Guatemala (2.2 UCI), which will run from June 9 to 13 and will have the participation of 64 riders .

In total, there will be 11 teams in contention, of which 7 are international for 48 cyclists and 4 national, with the presence of 16 riders, during 5 days of competition, in different parts of the country.

The caravan, which for reasons of the pandemic will be made up of a bubble, will be closed to 134 people, who must present a negative test for Covid-19 in order to integrate. Merquimia Proyecta, Colnago CM, Tierra de Campeones-GW Shimano, Bogotá IDRD Fundación GERO, Liro Sport and Super Giros Alcaldía de Manizales, from Colombia, and the National Team of Honduras will be the foreign teams. While Guatemala will be represented by Macizo Cordelsa, Eles Team, Frank Sport-Flory Cycling and the San Marcos Association.

Liliana Moreno, current champion of the XIX edition, will come with the Merquimia team, while the champion of the Tour of Colombia, Miriam Núñez, comes with the Liro Sport team, among the main figures of the competence.

The total route will be 413.5 kilometers, of which the first stage will consume 102.5, which although it will be the longest, practically the route will be flat and will not have the complexity of the mountain, although the wear will be due to the heat of the South Coast for get from Ciudad Vieja to Santa Lucía Cotzumalguapa.

The second stage will be 78 kilometers, between Retalhuleu and Ayutla, San Marcos. On Friday the third day will be run, and this time the demand will be greater, starting from the central park of Quetzaltenango, for a 7-lap circuit on the highway and finishing at El Baúl hill, for 88 more kilometers. On Saturday, the fourth stage will have a distance of 85 kilometers, between Pamezabal, Santa Rita and San Juan Argueta, in Chimaltenango, and on Sunday it will close with a circuit between Las Américas and Reforma avenues in the capital, which will consist of 60 kilometres. “We have received the endorsement of the Minister of Public Health, María Amelia Flores, to make this edition and, for this, we have committed to comply with the biosafety protocols that he indicates to us, which although they are demanding, we know that they will serve to keep in zero contagions within the bubble, just as we did last year with the men’s lap ”, explained Stuart Rodríguez, president of the FGC.