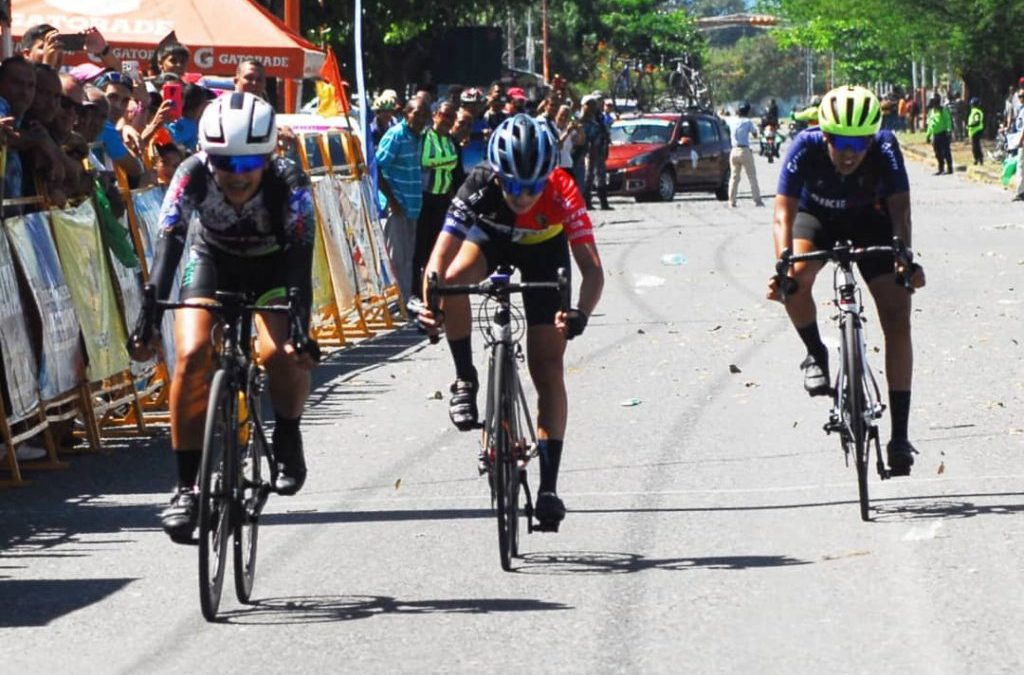 The youthful Daniela Moncada brought victory to her team Import Bike El Vigía, from start to finish of the fourth stage of the Acarigua circuit; while Wilmarys Moreno (Team Carabobo -Owlbike) crossed the finish line in the fifth box to maintain the leadership of the I Vuelta a Venezuela Femenina.

The young woman from Merida, who also runs with her mother Claudia Porras, gave the “banana shot” from the breakaway in the first of the nine ring roads, to later command and win three of the four sprints, which now place her as the leader of the modality , dethroning Wilmarys Moreno, who maintains his individual leader’s pink jersey.

The daisy accumulates 8 hours, 6 minutes and 53 seconds; She is followed by María Rueda (2’30) and Rosimber Montaño (3’43), both from Multimarcas Miranda; Shantal Zambrano and (3’50) and Zaili Salazar (6’28) both from Shimano La Guaira

A fourth episode of 82.1 kilometers, divided into nine bypasses of 9.1 each, after subtracting one turn from the original route.

Five escapes almost from the beginning

The “manito” of breakaways disputed the first sprint, celebrated in the second turn with victory for Daniela Moncada; she followed by Zaili Salazar and Raybelis Moreno, who increased the difference with the batch of 3 minutes and 10 seconds.

For the fourth lap, the second emotion of the section was fulfilled, with victory for Daniela Moncada, at her wheel Dulce Ruiz and Zaili Salazar closed, with them Raybelis Moreno and Wilmarys Moreno, but the lot where the leader Wilmarys Moreno was going lost time, now at 3’15”.

Halfway through the episode, of the five breakaways, Dulce Ruiz fell behind, passing Raybelis Moreno, Moncada, Pacheco and Salazar, but the group continued to reduce the advantage by 48 seconds (2’34”).

The discount continued to take place in the sixth lap, where the third sprint was held, won by Moncada, escorted by Wilmarys Pacheco and Salazar, together with Raybelis Moreno; but Wilmarys Moreno next to the lot passed at 1’31”, more than a minute with the previous difference.

The leader loses a t-shirt

For the seventh lap, of the four in flight, three Pacheco, Moncada and Salazar passed, while the group continued to drop, now at 1’21”, already under the intense sun of Acarigua.

Daniela Moncada prevailed in the fourth and last sprint, which leaves her as a prize to snatch the shirt of that modality from Wilmarys Moreno. Pacheco passed second and Salazar third, but the group controlled behind the difference that did not endanger the leadership of Wilmarys Moreno from Margarita, for the fourth consecutive day.

This Saturday, December 3, the fifth chapter of the I Tour of Venezuela for Women will be held, with a circuit of Paseo Cabriales and Cedeño Avenue.

The checkered flag will be lowered at 10:00 in the morning, where the runners will have to give 12 circumvallations of 6.5 kilometers, where they will dispute four sprints.

“I dedicate it to my parents and El Vigía”

Daniela Moncada, excited, dedicated the victory to her parents, present at the event. I dedicate the victory to my parents, to my mother (Claudia Porras) who runs with me and the support of my father. Also to my town El Vigía» indicated the Andean novel.