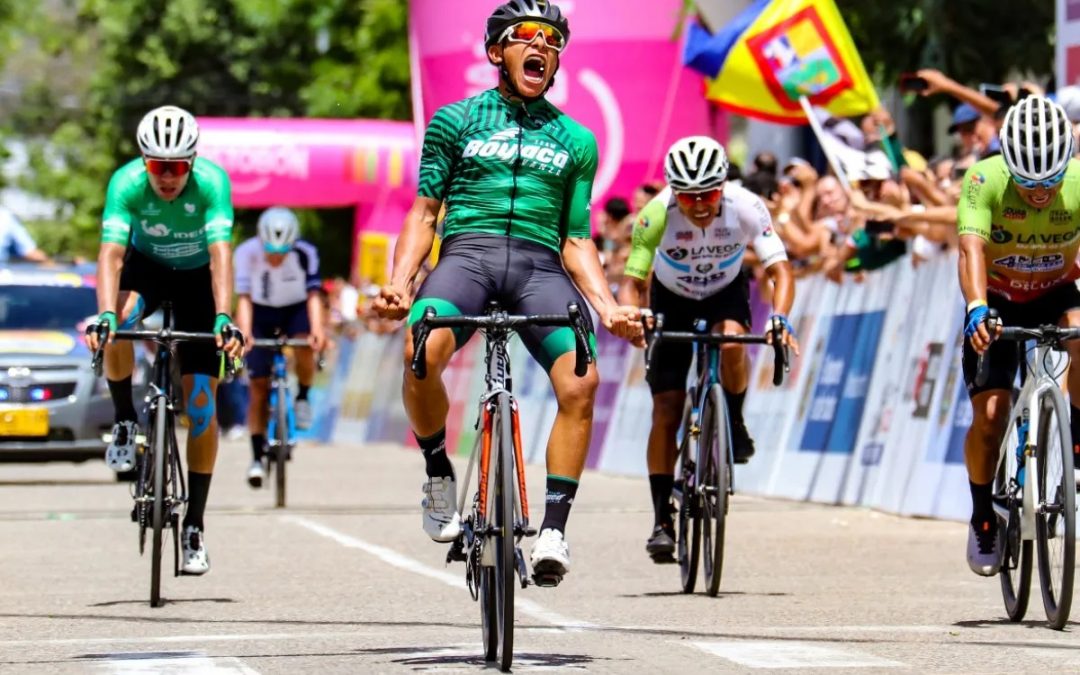 In an exhausting day, the longest of the 72nd edition of the Tour of Colombia, Juan Pablo Sossa (Team Boyacá Avanza) won the duel against the Guatemalans and won the sixth stage, which included a total route of 202.6 kilometers starting in Rionegro and ending in La Dorada.

The youth from Boyacá entered the finish line in first place after beating Guatemalans José Canastuj (Alcaldía La Vega 4WD-Deluxe) and Alex Rony Julajuj (Alcaldía La Vega 4WD-Deluxe) in the sprint of five runners, who made the second and third Market Stall. However, Cristián David Rico (Colombia Tierra de Atletas GW Shimano) entered with the pack and maintained the lead of the race.

The peloton had a short break from the rain and the mountains, as they crossed the Ruta del Sol, a recognized highway with flat terrain. There were two second category ports and three flying goals.

With EBSA at the top of the peloton setting the pace, the breakaways kept the difference, giving hope to the breakaway of playing for victory. At the end of the stage, there were multiple attacks and five of the escapees took the lead, in which Juan Pablo Sossa from Boyacá was the fastest to take the victory, the second of the season after the one achieved in the Vuelta de la Youth 2022.

Sossa’s effort and intelligence were recognized by the large audience that gathered at La Dorada.

This Thursday the seventh stage of the Colombian round will take place, which will take place between Mariquita and Alto del Vino, a mountainous route of 140.4 kilometers with several slopes and a high finish. In total there will be 10 days of competition until June 12 with a total distance of 1,427 kilometers.

Who are the last 10 champions of the Vuelta a Colombia?