They will carry out Tour of Cuba by regions 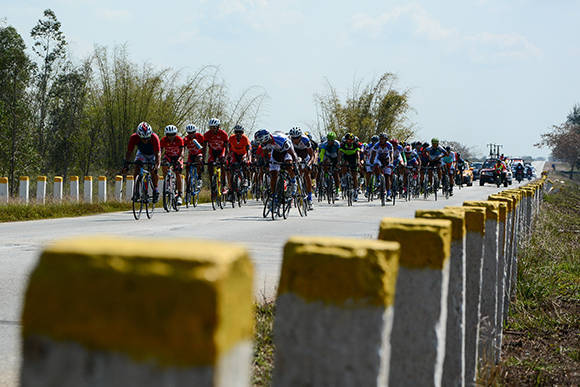 Road cycling returns this 2022 with a new format: the Tour of Cuba by regions, starting in the eastern one in Baracoa on February 23. The central one is planned for April and the western one for May.

The essential thing, after two years without competitions due to covid-19, is to keep the route modality alive in both genders, since a new Olympic cycle begins in which this sport has set ambitious goals.

The women’s classic is scheduled for March 17 to 22 in the central zone, starting in Camagüey and successive goals in Ciego de Ávila, Sancti Spíritus, Villa Clara and Cienfuegos, Pablo Arturo Campins, national commissioner, added in his exclusive statements to the weekly JIT of cycling

The Tour of Cuba along eastern roads will celebrate the 61st anniversary of the creation of Inder and will be animated by teams from the provinces involved in the tour: by order Guantánamo, Santiago de Cuba, Granma, Holguín and Las Tunas. There will also be sextetas from the national team and the Cienfuegos Technical Center.

“If squads from other areas want to participate, they can do so, which must cover all their expenses and guarantee the car that will help the team,” said the manager.

He also commented that after a tour of each eastern province “we are happy with the support we will have so that our riders and the people enjoy a good event. That is the purpose: to comply with the planned races in the country in 2022, which serve as a preparation for those who will represent us in the most important events in this cycle at the Central Caribbean, Pan American and Olympic levels”.

The turn to the eastern part of the Island will have 591.7 kilometers divided into five stages. It includes 15 flying goals, three per day, as well as two mountain prizes on the first day, when the most difficult section between Baracoa and Guantánamo will be run. There they will have to face the cumbersome climb and the vertiginous descent of the iconic mountain of La Farola.

For Monday, February 21, the arrival of the participants to the First City of Cuba is announced. A date later the technical congress and the official inauguration will take place. On the 23rd, the start will take place from the boardwalk, as happened in most of the international tours of Cuba until 2010 and in the national classics held from 2014 to 2019.

Very soon children, young people and adults will be able to exclaim again with enthusiasm: Here comes the Vuelta!