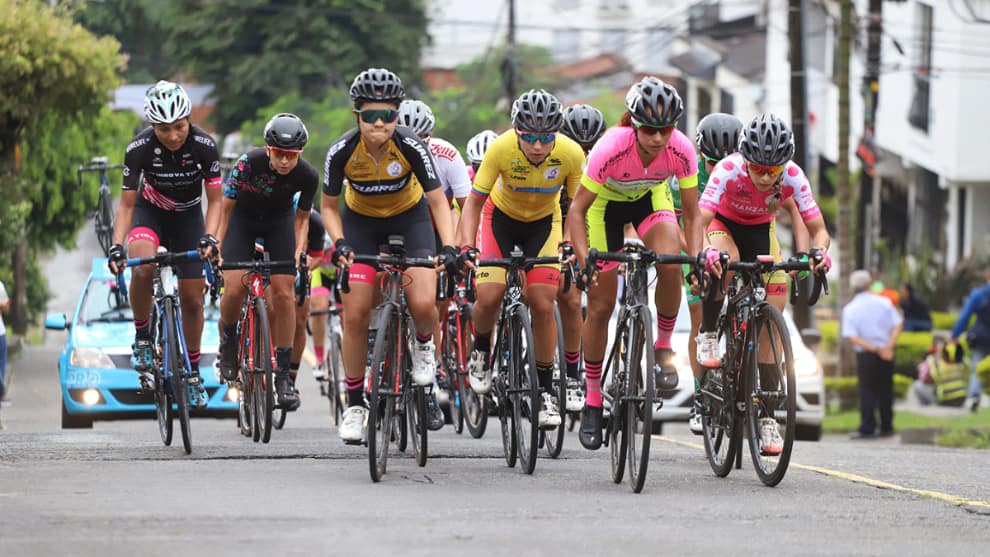 A total of 170 runners from 30 national and foreign teams were registered with the Colombian Cycling Federation to participate in the seventh edition of the Vuelta a Colombia Femenina, an event in the UCI 2.2 category, which will take place between August 8 and 14. .

This new edition of the most important stage race on the national calendar in the women’s branch will have the participation of runners from Costa Rica, Guatemala, Mexico, the United States, Ecuador, Canada, Thailand, Japan, Israel, Venezuela and Colombia.

In the group of pre-registered cyclists, the presence of athletes such as Ana Cristina Sanabria, from Santander, champion of the first three editions of the race in 2016, 2017 and 2018; Lina Marcela Hernández, leader of Colombia Tierra de Atletas, who was third in 2020; Jennifer Tatiana Ducuara, who managed to lead a UCI Women’s WorldTour race this season, in the Women’s Vuelta a Burgos, and the Mexican Anette Barrera, fourth in the 2021 edition, who will seek the title in this edition, which will not be able to be defended by last year’s champion, the Venezuelan Lilibeth Chacón, who will be absent after the injury suffered in the Bolivarian Games.

In the group of foreign runners who were pre-registered, figures like the 28-year-old Japanese Shoko Kashiki, leader of Team Illuminate, who finished seventh in the 2021 edition, who would be together with the Americans Sydney Berry and Annick Chalier, the Thai Kulacha Chairin and Israeli Shani Berger.

The foreign teams of the DNA Pro Cycling of the United States, led by Diana Peñuela, are also registered; the Movistar Best PC of Ecuador, which would be led by Marcela Peñafiel; the Costa Rican National Team, guided by Estefanie Álvarez; the Guatemalan National Team, commanded by Bridgette Rodríguez, and the Pato Bike Mole Juquilita from Mexico, which would have Marcela Prieto as its leader in the competition.

The Vuelta a Colombia Femenina, which is part of the international calendar of the UCI Americas, in its UCI 2.2 category, and which is organized by the Colombian Cycling Federation and supported by the Ministry of Sports, will begin next Tuesday, August 9 with a fraction of 112.2 kilometers between Sopó, Cundinamarca and Tunja, Boyacá, which will start at 8:45 in the morning.

However, the activities of the race will begin on Monday 8, at the Salt Cathedral of Zipaquirá, where from 9:00 am to 12:00 pm, the confirmation of participation, check of licenses and clothing, and withdrawal of the accreditations and of the authorized and radios by the representatives registered by the teams and the media.

From 1:00 p.m. to 2:00 p.m., the Technical Congress will be held and from 2:00 p.m. to 3:00 p.m., the meeting of photographers, cameramen and motorcyclists with the organization, commissioners and police representatives. Finally, at 3:00 p.m., the Presentation of the Teams that will be part of the race will take place.

It should be noted that, for the first time, the most important road race on the national calendar will arrive in Bucaramanga, the city chosen to receive the arrival of the fifth stage and that will celebrate the sixth fraction with a 12.9-kilometer circuit, in which the runners must give seven laps to complete 90.3 km, and with which the 2022 edition will end.

This will be the route of the seventh edition of the Vuelta a Colombia Femenina 2022 UCI 2.2: