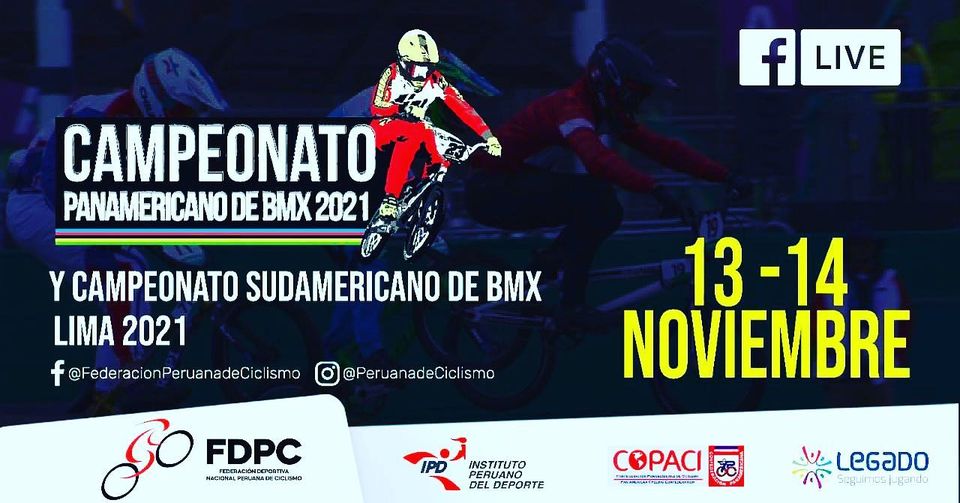 COPACI confirmed this weekend the approval of three championships: two continental, one South American and one Caribbean in the modalities of BMX and Road, and in the case of the Master category with actions on the track and on the road.

The first of the three that will close the 2021 calendar will be the Caribbean Road Championship, Junior Category, which will be organized by the Dominican Republic from October 22 to 24, in the Mirador del Este Park of its capital, Santo Domingo.

For its part, for the month of November, the Costa Verde track in the city of Lima, Peru, will experience the excitement of the Pan American and South American BMX Racing Championships. According to its organizers, the 13th will be chosen for the continental fair, while on the 14th the South American event will take place.

Finally and very fresh is the official call for the Pan American Championship, Master Category, from December 5 to 12 in Tarija, Bolivia, where all the details of the event (program, accommodation and other organizational aspects) will be announced this week through our official website: www.copaci.org

In each of the championships called, the National Federations will maintain a strict sanitary protocol, as established by the measures of the respective countries and the International Cycling Union (UCI) itself.