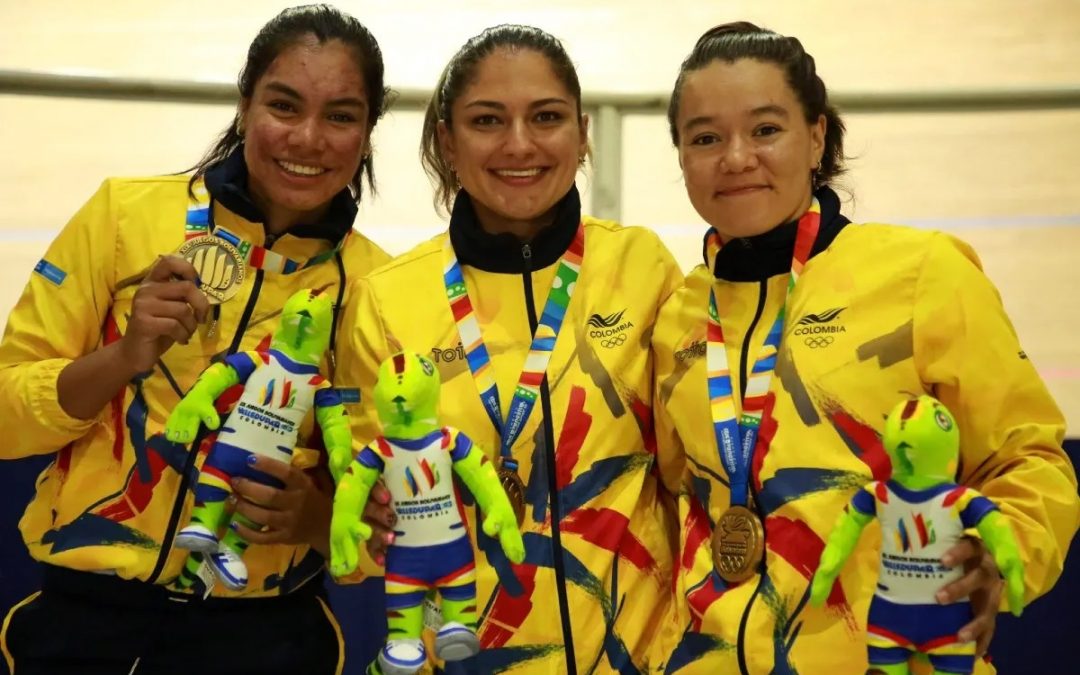 On this Thursday, the first three finals of the track cycling of the Valledupar 2022 Bolivarian Games were played and the Colombian cyclists took the three golds in dispute: team pursuit (m), team speed (f) and individual speed (m).

The local team, which opened its participation in the Bolivarian Games at the Alcides Nieto Patiño velodrome, had a dream day taking not only the three gold medals in the three competitions played, but also a silver in the men’s speed.

The tricolor team won the first gold in the 4,000-meter pursuit test with an impressive presentation against the Chileans, finally silver. The national men’s team was made up of Juan Esteban Arango, Julián Osorio, Juan Pablo Zapata and Jordan Parra. The bronze medal was taken by the Venezuelan delegation.

While in the ladies, Marianis Salazar was part of the team speed along with the experienced Martha Bayona and Juliana Gaviria, who also defeated the trio from Chile (Silver) and Venezuela (Bronze) to keep the second gold medal of the day.

And finally, to close the great evening on the track with a flourish, those led by coach Jhon Jaime González, made it 1-2 in the individual men’s speed in which Kevin Quintero defeated his teammate Santiago Ramírez. The third drawer of the podium was occupied by Adamil Javier Agüero from Venezuela.