Three Latinos among the 20 highest paid cyclists in the world 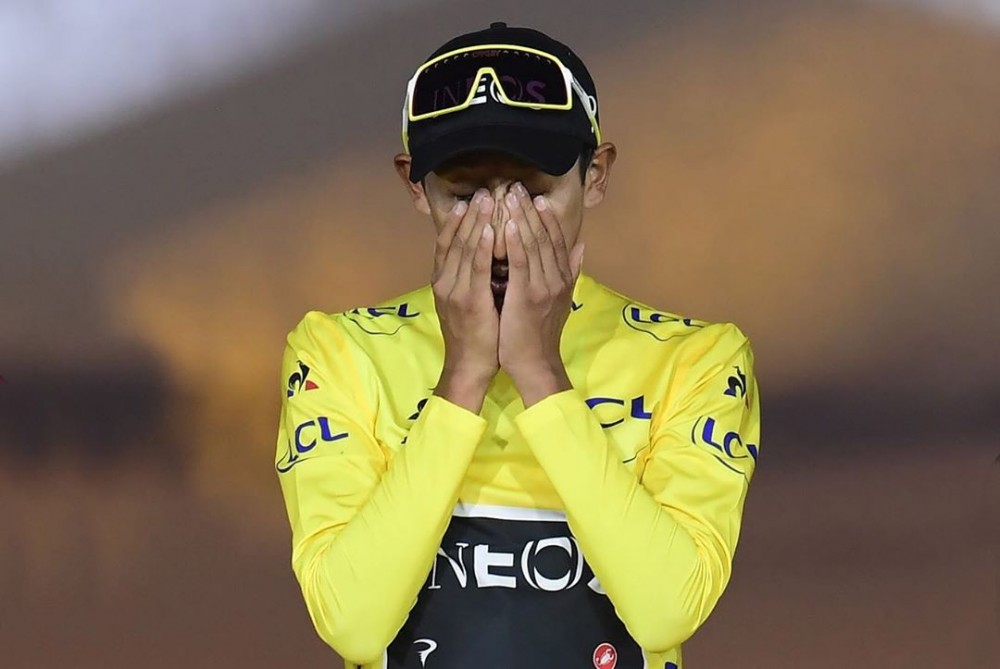 Colombians Egan Bernal (6th) and Nairo Quintana (20th), as well as Ecuadorian Richard Carapaz (11th) are among the 20 highest-paid cyclists in the world in 2022, according to a recent publication on the website www.brujulabike.com.

That road cycling moves exorbitant amounts of money at its highest level is no secret. The best paid professional cyclists in 2022 earn millionaire salaries, in accordance with their category and the benefits acquired by the teams that are lucky enough to have them among their ranks.

How much does a professional cyclist earn? The specific figures of cycling salaries in 2022 are difficult to know and some data are completely unknown. Rarely do cyclists or teams make official communications regarding the details of the contract, but through leaks and undenied information we have been able to put together this ranking: here are the 10 who earn the most and below you will find the complete list with the 20 best-paid cyclists of the moment.

By the way, this list is up to date and in it we have included the British Tom Pidcock: world cyclocross champion, Olympic MTB champion and the last to arrive on this elite list.

This elitist podium is led by a very young 23-year-old cyclist, the Slovenian Tadej Pogacar. After winning his first Tour de France in 2020, he signed a contract with the UAE team until 2026, but only 5 months later, after winning the second Tour in 2021, he renewed his contract again until 2027 and his salary has increased to 6 million euros per year.

Although he has had a couple of seasons with very modest results and has just signed his transfer to the continental team Total Energies, the Slovakian is still one of the cyclists best valued by fans and brands. He leads the ranking of cyclists with the most followers on social networks and his salary is between 5 and 5.5 million euros per year, of which Specialized pays a large part.

Third is none other than Christopher Froome, the 3-time Tour de France winner. In 2019 he suffered a serious accident from which it is not yet known how he will recover, but it is expected that he will go to him for his fourth Tour. At the moment he pockets a chilling figure close to 5.5 million euros in his new team in Israel.

The British Tom Pidcock was proclaimed in 2021 Olympic MTB champion and in 2022 he has already won the Cyclocross World Championship. Just after winning the CX World Championship it was made public that his current team, the INEOS Grenadier, extended his contract until 2027 with the consequent economic improvements.

For many, this British cyclist was one of the great surprises of 2018, but there is no doubt that he was a fair winner of the Tour de France. Geraint Thomas showed that he can be a good leader of the Sky team and that justifies the 3.5 million euros per year that he earns with Team Ineos Grenadier.

The young Colombian Egan Bernal became the first American, non-American, to win the Tour de France at the age of 23. Since 2017 he has a contract with Team INEOS, signed for 5 years, and his current salary is estimated at 2.8 million euros.

The Polish Kwiatkowski debuted as a professional cyclist in 2010 in the Spanish Caja Rural team and in 2014 he became the first Polish cyclist to become World Champion. He now plays for Team Ineos and his salary is 2.5 million euros.

The current world champion is French, his name is Julian Alaphilippe and he has been part of the structure of the current Deceuninck-QuickStep since 2013. His salary in 2021 is 2.3 million euros, but after winning the 2020 and 2021 World Cups, he would not be surprised if it increased in the coming months.

At 40 years old, the Movistar Team rider from Murcia has announced that 2022 will be his last year as a professional cyclist, but until then he remains one of the best rated.

Sharing position and salary we find the Ecuadorian Richard Carapaz. In 2019 Carapaz won the Giro d’Italia to the surprise of many and after that he signed for Team Ineos, which earned him a direct entry into the Top 10 of the highest-paid cyclists with a salary of 2.1 million euros.

The Belgian Wout van Aert of Jumbo Visma is one of the prodigy cyclists capable of combining several modalities in the same season, and with his performances in the CX World Cup and being one of the best classics in the peloton, he would also be in the club of 2.2M euros.

Until last 2019 Vincenzo Nibali appeared as the third highest paid cyclist in the international squad with almost 4 million euros but in his change to Trek Segafredo and the “modest” results of recent years they could have lowered his salary to 2.1 million , and it could be even less with his move to Astana for 2022. Nibali is one of the chosen few who, in the entire history of cycling, has managed to win all three Grand Tours. The Shark demonstrated in a 2016 Giro d’Italia to remember that the cyclist who swept the French roads in 2014 is still very much alive.

Top 20 cyclists who earn the most money

With the season we are experiencing in 2022, it would not be unusual for this list to undergo major changes for 2023, as riders like Vingegaard are expected to enter the top 10 directly in the coming months.