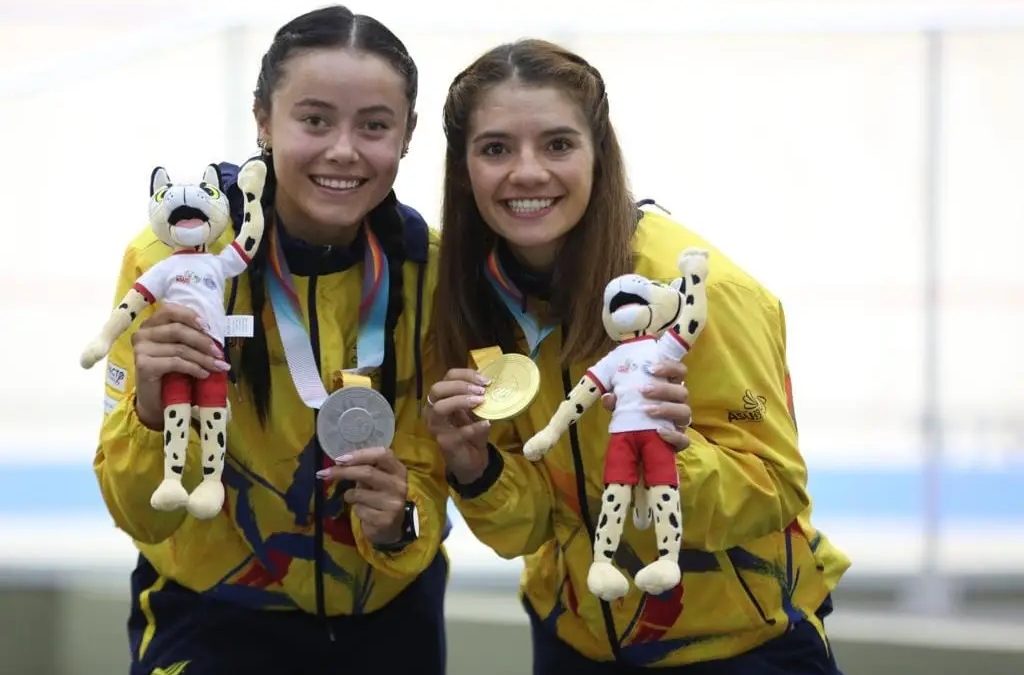 The dominance of the Colombian Track Team at the Paraguayan Olympic Park velodrome continued with another gold trio, two silvers and a bronze on the second day of the Asunciíon 2022 Games track cycling, so the South American nation is ahead in this discipline.

The Colombian golds came from the hand of Rubén Murillo, in the men’s individual speed; Lina Marcela Hernández in the women’s omnium and the women’s speed team, made up of Juliana Gaviria, Valeria Cardozo and Yarli Mosquera.

It was precisely the individual speed of the men that delivered the first completely Colombian podium in South American cycling, in a test that saw Fabián Puerta reach silver, on his return to the Olympic cycle, and Juan David Ochoa the bronze.

Likewise, Juliana Gaviria won her second gold in the contest, after the one achieved in individual speed on Wednesday, in the test in which, together with Valeria Cardozo and Yarli Mosquera, they beat the trios from Chile and Argentina, who they awarded silver and bronze, respectively.

Finally, Lina Marcela Hernández became the multiple cycling medalist in the current South American Games, since in addition to the gold she won this Thursday in the omnium, the woman from Antioquia has won the gold in the team pursuit, and the silvers in the time trial and the background on the route.

It should be noted that, in the omnium, our country made it 1-2, with Hernández and Lina Mabel Rojas, who won her second medal in the tournament, after being part of the pursuit team that was crowned champion on Wednesday.

This Friday the track cycling competitions will continue at the South American Games, in which Colombia will seek to expand its dominance in the event, when the finals of women’s keirin and omnium and team speed in the men’s branch are disputed.

Results of the second day of the track in Asunción 2022: