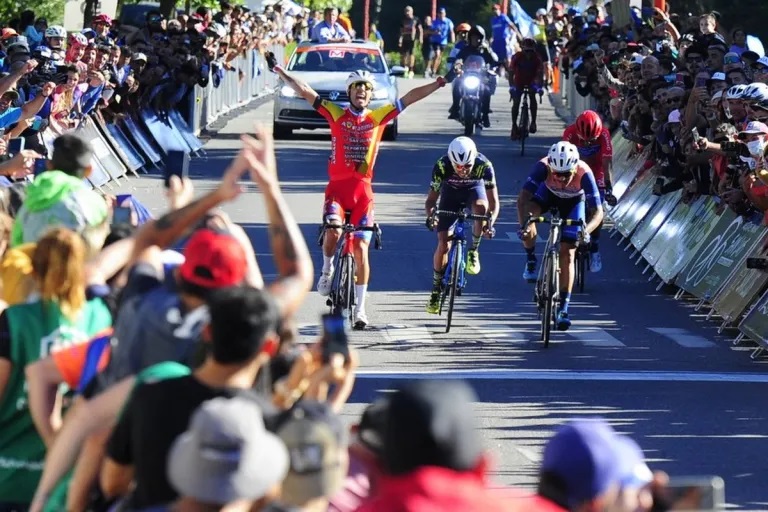 In the queen stage, Nicolás Tivani (Virgen de Fátima Group) won the fourth stage of the II Vuelta del Porvenir San Luis, over 164.9 kilometers with start and finish in Juana Koslay. The Argentine rider achieved his second victory in this edition and now commands the general classification.

The Argentine runner took the victory with a time of 3 hours 47 minutes and 31 seconds ahead of his compatriot Mauricio Quiroga of Team Coraza and Adelmar Reyes of Team Medellín EMP. The Colombian-Spanish Oscar Sevilla commands in the mountains and among the teams he leads the Team Medellín EMP.

In the early stages, the Spanish Sevilla, the Argentine Cobarrubia and the Brazilian Da Rosa rehearsed a breakout that lasted almost 90 kilometres. They managed to get more than four minutes, but the wind, the heat and the demanding circuit ended up finishing the escape.

On the climb to the Mirador, the group of favorites broke up into several parts and another race was put together. In the final part, an important escape of five runners was formed, among which was the Colombian Aldemar Reyes (Team Medellín EPM).

In the end, the leading quintet played for victory in the sprint. In which Nicolás Tivani was the fastest in the breakaway and won his second stage in the San Juan race beating Quiroga. Aldemar Reyes completed the podium in third position.

As for the general classification, Nicolás Tivani leads the positions with only 11 seconds ahead of Colombian Aldemar Reyes and 14 seconds over Mauricio Quiroga.

This Sunday the last stage of the gaucho race will be run, a 126-kilometer journey with start and finish in the City of San Luis. A circuit will be carried out in which the riders will take five laps on a terrain with various undulations.

Alejandro Duran – CHIMBAS I LOVE YOU at 5 sec.

Leandro Messineo – CHIMBAS I LOVE YOU at 15

Alejandro Duran – CHIMBAS I LOVE YOU at 22