Tivani is the first champion of the Vuelta Internacional a Formosa 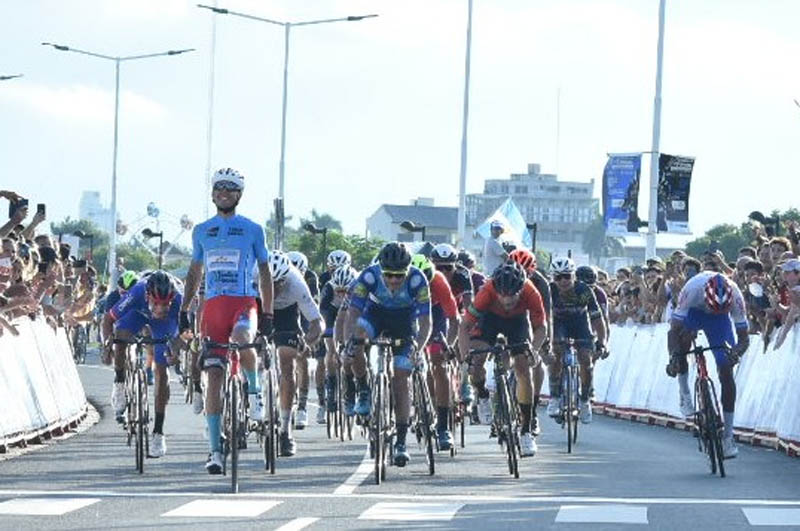 Nicolás Tivani from San Juan became champion of the Vuelta Internacional a Formosa this Sunday. The cyclist from Vírgen de Fátima is the Argentine cyclist of the moment, because with this Sunday’s race Tivani added his fourth victory in stage laps in the season (2021-2022).

Tivani held La Vuelta del Porvenir (2.2) to the Vuelta a Cutral Có in Río Negro and the Tour del Oeste in Chilecito, La Rioja. In addition, he won in San Juan: the Double Cerrillo, the Albardón Circuit, the Double Media Agua and the Cuatro Puentes.

The monarch stringed together his triumph almost from start to finish and nothing less than in the most important cycling event in Argentina in 2022. It is worth clarifying that in the absence of the Vuelta a San Juan, the Vuelta Internacional a Formosa was the most important cycling event of Argentina in 2022. Its UCI 2.2 rating and the quality of the international teams that competed left it ahead of the Vuelta al Porvenir in San Luis.

The last stage, which was completed with 98.8 kilometers after 19 laps of the Formosa coastal walk. Far from being a triumphant ride, it had many cyclists waiting to get the lead from Tivani in the flying finishes. And it was the man from the SEP, Juan Pablo Dotti, who made it the most difficult, joining two small breakaways where he was able to equal Tivani in the sprinter classification, although he did not catch up.

The end was full of emotion, the peloton disputed the sprint but the name that was already written in the Vuelta as the first champion ratified his title again. Nicolás Tivani overtook Mauricio Quiroga (Formosa Hermosa) and Franklin Archibold (Panama) who completed the podium of the stage.