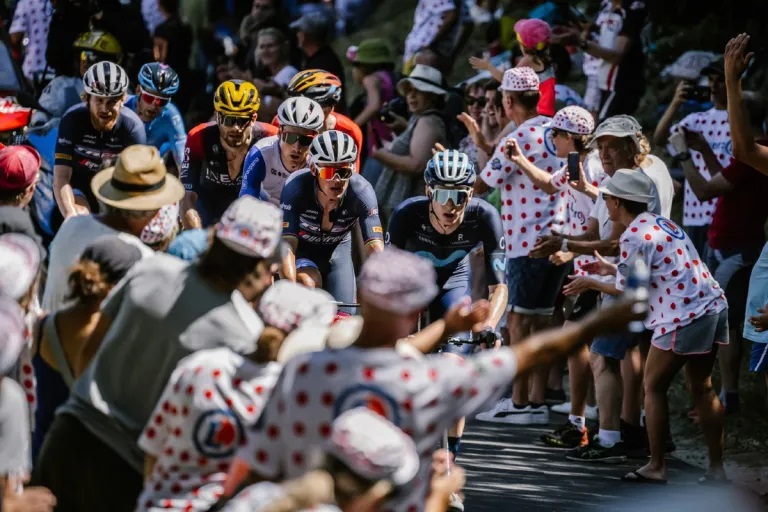 Danish cyclist Mads Pedersen (Trek-Segafredo) today achieved the biggest success of his career in stage 13 of the Tour de France, although the general classification was unchanged, led by his compatriot Jonas Vingegaard (Jumbo-Visma).

The prevailing predictions failed on the almost flat 192.6-kilometre section between Le Bourg d’Oisans and Saint-Etienne, as there was no massive sprint to the finish, avoided by three riders, with the best part going to the Dane from 26 years.

Pedersen took off on his bike 12 kilometers from the finish and withstood attacks from Britain’s Fred Wright (Bahrain Victorious) and Canada’s Hugo Houle (Israel-Premier Tech), who escorted him to the partial podium in that order.

For his part, the Colombian Nairo Quintana (Team Arkea-Samsic) preserved sixth place, at three minutes and 58 seconds, the best in Latin America, who barely competes with three cyclists in the 109th edition of the Tour de France, all coffee growers.

“I’m fine, focused on the race. motivated and with the goal set there. I hope to end the week well. Every day you have to take care of all the details. At the slightest oversight, the Tour charges it on time, ”said Quintana after finishing in Saint-Étienne, in dialogue with ESPN.

The ‘beetle’ finished the day arriving in the batch with its direct rivals and saving strength after the days in the Alps, which allowed it to gain positions in the general classification. “The one who wins the Tour is not the one who wins the most time, but the one who loses the least time,” added the rider from Boyacá

Likewise, the ‘beetle’ referred to the loss of his companion Warren Barguil, his most important gregarious for the mountain. “It’s difficult because the team begins to weaken, it’s not pleasant at all,” Quintana concluded.

This Saturday stage 14 of the 109th edition of the ‘Grande Bouclé’ will take place, which will take the riders from Saint-Étienne to Mende over 192.5 kilometers with four mountain passes, as well as a second category climb 3 km from the finish.