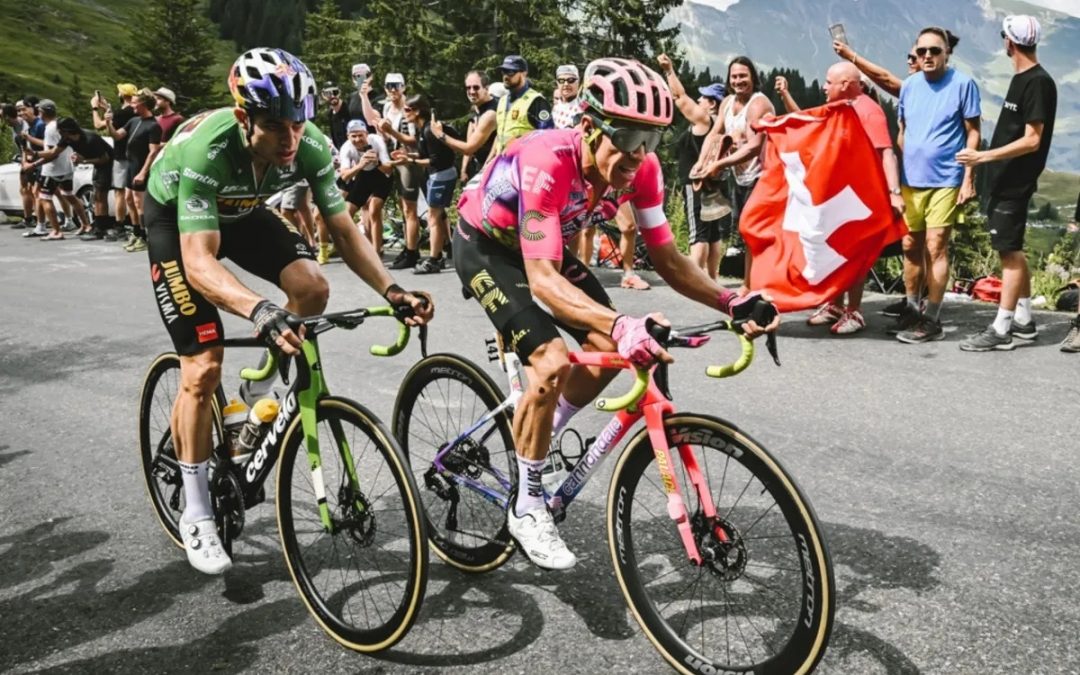 The Luxembourger Bob Jungels (AG2R Citroën) won alone in the ninth stage of the Tour de France, this Sunday with the end in Chatel, at the end of which the Slovenian Tadej Pogacar kept the yellow jersey of leader of the general, classification in the that America has two riders in the top ten: the American Neilson Powless (9th) and the Colombian Nairo Quintana (10th).

On the eve of the first rest day of this edition of the “Grande Boucle” -not counting the transfer day from Denmark-, Jungels crossed the finish line in Chatel after 192.9 kilometers of travel to achieve the first victory of his career in the tour. Pogacar (UAE), fifth at the finish line, led the main group in this first mountain stage in the Tour-2022.

As usual, the days preceding a rest day, there was no shortage of volunteers to set up the day’s getaway. After starting the stage at a very high pace, it was about kilometer 45 when the bulk of the day’s break was formed, from which units were falling and other runners joining.

The rider from Antioquia endured several kilometers in the breakaway, however, towards the end he gave up more than seven minutes with the favorites for the title. “I was on the run to try to gain time. But the legs were not good, especially because of the fall on Saturday”, said Urán at the end of the fraction.

The well-known “Toro de Urrao” started with a difference of 3:24″ with respect to the leader Tadej Pogacar and with 80 kilometers to go, the escape took more than 3:28″ of difference to the peloton where the Slovenian leader was. , leaving the Colombian beetle as virtual leader for a few minutes. “For me, the most important thing is to try, day after day. I always have morale, that’s what is essential”, added the runner from Antioquia, who fell to 22nd place in the individual general standings.

On the Col de la Croix, a first category pass in the Alps that was the third difficulty of the day, Jungels and Simon Geschke -new mountain jersey- took the initiative, with the Luxembourger leaving the German behind on the descent.

This Monday will be the first rest day of the Tour de France, in which no positive case of covid-19 has been detected in the mandatory tests that are carried out every Monday in the race. On Tuesday the peloton will roll between Morzine and Megève, over 148.1 kilometers.