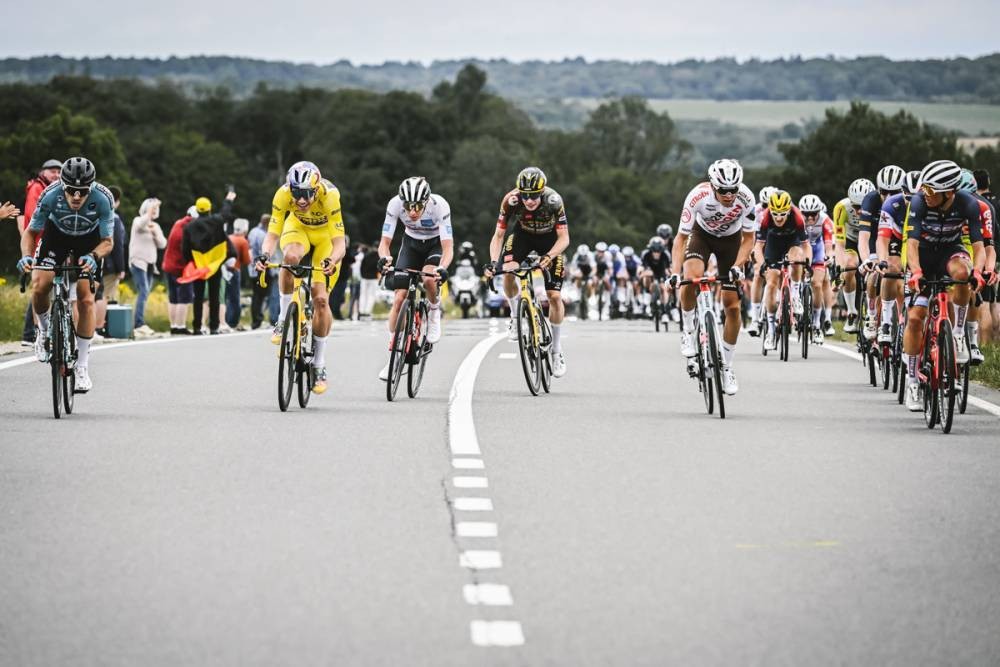 Tadej Pogacar (Alpecin Fenix) comfortably won the seventh stage of the ‘Grande Boucle’ disputed between Binche and Longwy, over a 219.9 kilometer route, in which there was a great performance by the Colombians with Nairo Quintana (Arkéa Samsic) entering the fifth position and Daniel Felipe Martínez (Ineos Grenadiers) in 8th place.

The 23-year-old Slovenian, who assumes the leadership of the race, crossed the finish line first with a time of 4:27:13″ ahead of the Australian Michael Matthews (Team BikeExchange – Jayco) and the French David Gaudu (Groupama – FDJ).

Among the favorites, the British Geraint Thomas (Ineos Grenadiers) and Rigoberto Urán (EF Education EasyPost) were surprised in the final meters, losing five seconds in Longwy.

From the start in Binche, there were multiple attacks until the escape of the day was settled with three men. Wou Van Aert (Jumbo Visma) who with enough reserves attacked with 145 kilometers to go, the leader took off, with Quinn Simmons (Trek Segafredo) and Jakob Fuglsang (Israel-Premier Tech). The trio managed to have a difference of more than four minutes in their favor, however, in the final stretch they were captured by the peloton.

“We have arrived well, it has been a very busy stage, very difficult and fast. Nobody wanted to shoot and it was possible that the leak would come. Everyone wanted to be in it and it was hard to control. Surprising Van Aert what he does, being a leader and going on the run, ”said Nairo Quintana, after the day lived this Thursday in French territory.

The formidable ‘beetle’ climbed eight places in the general classification and is one place away from entering the top 10. The Colombian rider reaches the first top finish of the ‘Grande Boucle’ without setbacks, in 11th place in the general at 1’05” from Tadej Pogacar.

“I feel good. These years have been of a lot of preparation, we have worked very well. We have had bittersweet moments. We hope that the body will go like this until the end of the Tour. I have good feelings. May luck be with us. It should be noted that the team has done a great job. We have young people with all disposition, as well as Barguil who has put himself in his role as a gregarious and has been of great help. When things are done well, it seems that everything goes well”, concluded Quintana.

This Friday, July 8, the seventh stage of the French round will be held, the first hilltop finish in this edition starting in Tomblaine and ending in La Super Planche des Belles Filles, on an undulating route of 176.3 kilometers. The successor to Slovenian Tadej Pogacar, last year’s champion, will be announced on Sunday, July 24, in Paris (Champs-Elysées).