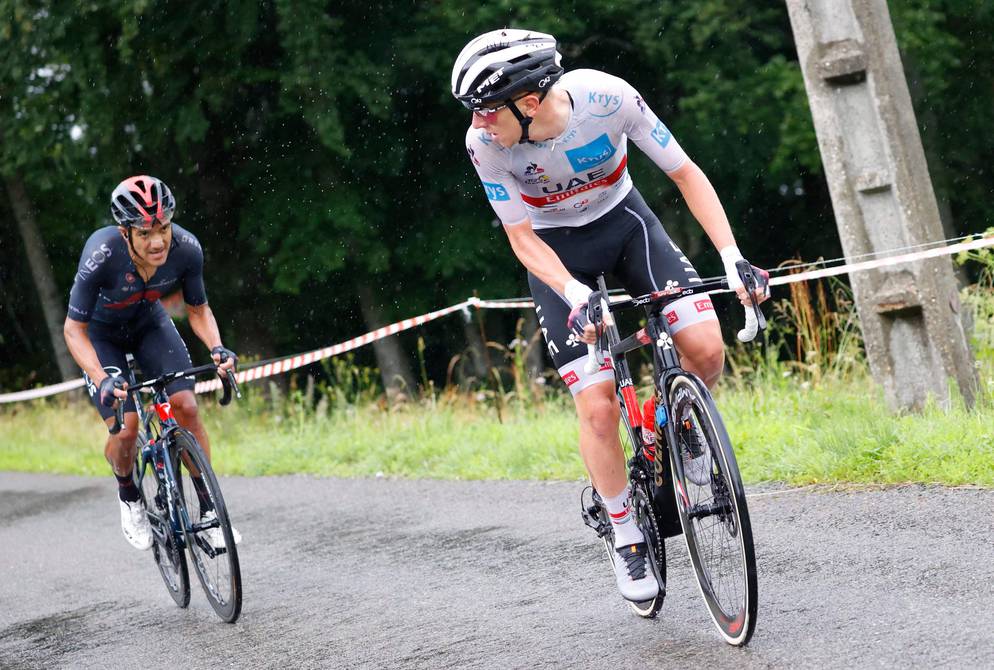 With a stroke of authority in the high mountains, the defending champion Tadej Pogacar (UAE Team Emirates) took over the leadership of the Tour de France this Saturday, a day in which the Belgian Dylan Teuns (Bahrain Victorious) celebrated alone at the finish line, while America made itself felt with the promotion of Rigoberto Urán (EF Education – Nippo) and Richard Carapaz (Ineos Grenadiers) to fourth and sixth places in the individual overall.

The 22-year-old Slovenian cyclist, winner of the last edition, attacked on the climb to Col de Romme and only the tricolor Carapaz was able to follow him at first, although the pace was too high and he ended up leaving him.

Pogacar was ahead of all the survivors of the escape, in which were the Spanish Enric Mas, the Colombian Rigoberto Urán and the Danish Jonas Vingegaard, and the Belgian Wout van Aert, until at the top of La Colombiere, the last mountainous difficulty to 14 kilometers from the finish, only Teuns was ahead.

The Ecuadorian cyclist, who encouraged the competition by stages and had to respond to Pogacar’s attack, was thirteenth in the goal with a difference of +4 minutes 9 seconds with respect to the winner, while he was more than 5 minutes behind the stellar Slovenian in the general classification .

On his side, the Colombian Urán finished a seat behind Carapaz, but in the fight for the yellow jersey he has a better accumulated and now he is fourth at 4:46 behind the Slovenian. By the way, another Colombian, Sergio Hinao (Team Qhubeka NextHash) benefited from 19th place in the segment and is now 11th place on the French tour at 7:16 from the lead.

The first week of competition concludes this Sunday with one of the most demanding stages of the French round, a day that starts from Cluses and in the 144 kilometers of distance it will pass through five categorized ports; two second class (Côte de Domancy and Cormet de Roselend), one out of category (Col du Pré) and two more first class Col des Saisies and ending in Tignes, an extensive climb of 21 kilometers, in which the peloton will rise to 2107 meters above sea level.