Tour of Andalusia has a name: Arlenis Sierra, from Cuba 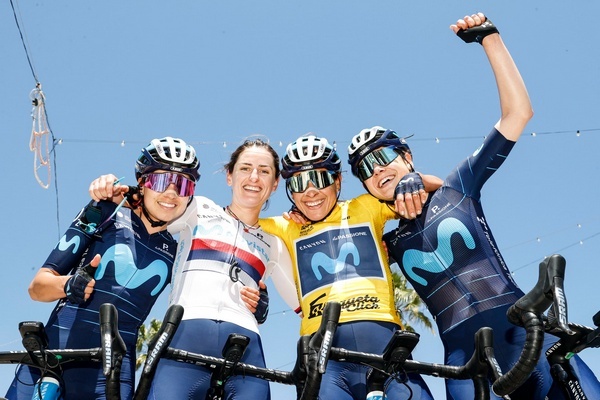 The Tour of Andalusia 2022 already has a name, Arlenis Sierra, from Cuba, who with her Movistar team also dominated the third and last stage by securing the one-two this Thursday behind her Serbian teammate Jalena Eric.

Both entered the finish line with a time of 2:19.58 hours, followed by the German Ricarda Bauernfeind (CSG), who was granted the same time in the 81.8 km of the 139 planned, due to an overturned truck on the race route. , which forced to neutralize a good part of the route.

Four seconds behind the first, the Spanish Mavi García (ADQ), her compatriot Sara Martín (Movistar) and the British Becky Storrie (CAMS-Basso) passed to complete the top ten of the day.

Arlenis secured total victory after winning the first two days. With this “generous” second place finish that she enjoyed as much as the Serbian winner was confirmed champion of the tour and she also led the points classification, as she finished sixth in the mountains.

The 29-year-old manzanillera showed excellent performance and a unifying attitude for the necessary collective discipline in the peloton, which paid off despite the absence of that great pedal, the veteran Dutch Olympic and world champion, Annemiek Van Vleuten, injured in a wrist. Reasons for joy for the 39-year-old cyclist from the team that supports her.