Tour of Boyacá: Aldemar and Yenifer triumph in the second stage; Jeisson and Ana Cristina maintain the leadership 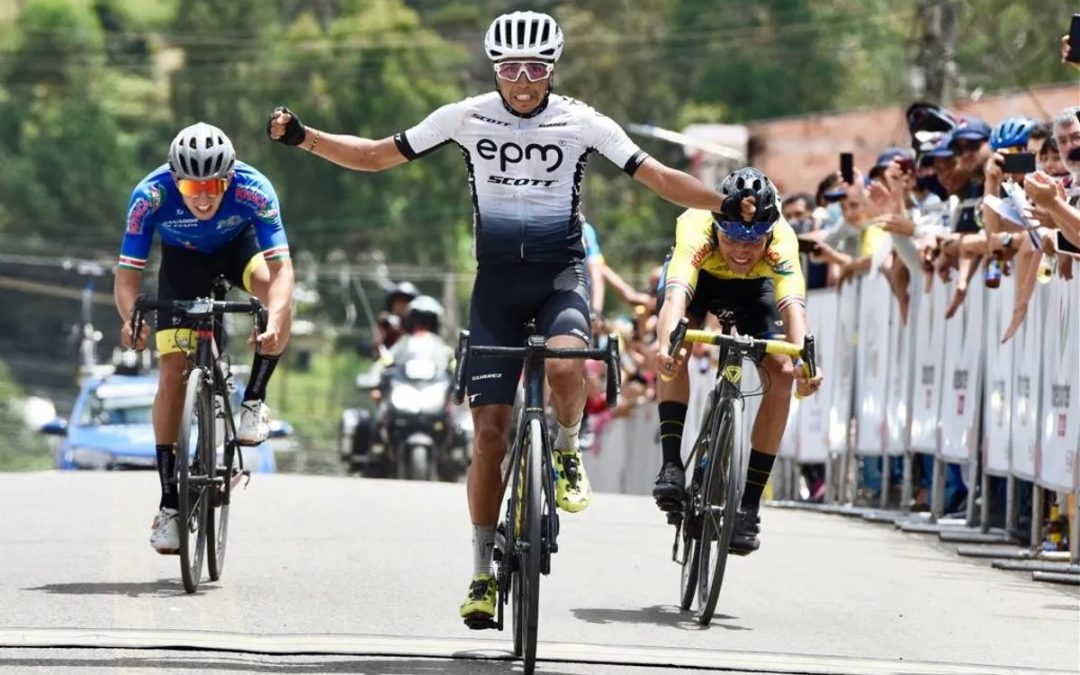 In a highly contested final, Aldemar Reyes (EPM-Scott) won the second stage of the Vuelta a Boyacá starting in Santa María and finishing in Garagoa, of 83 kilometers; while among the ladies the happiest of all was Yenifer Ducuara, winning from the escape and after 42 kilometers of hard

Aldemar, runner from Ramiriquí, was the fastest among the small group of runners who played the victory, signing a well-deserved victory with a time of 02’07: 39 ”. The Boyacá rider, with a past in the extinct Manzana Postobón, successfully concluded the day’s getaway, demonstrating his strength in a final digging up.

In the segment, Jeisson Casallas (Colombia Land of Athletes GW Shimano) was classified second, who was ratified in the first position of the individual general classification, while in third came Rubén Darío Acosta (Strongman Watches G-Fort).

The mountainous day began in Santa María with a good rhythm, however, due to the harshness of the route, the group remained compact in the first bars of the fraction.

Jeisson Casallas defended the lead and holds a comfortable 1:21 ”lead over his teammate Wilson Peña. The podium is completed with Dany Osorio (Pride Paisa) at 3:50 ”.

This Saturday the third stage will be run, an individual time trial, which starts from Somorondoco and ends in Sutatenza, over 18.9 kilometers. The end of the competition will be on Sunday, October 10.

The dominance of the Colombia Tierra de Atletas GW Shimano squad continues in the Women’s Tour of Boyacá. After the victories of Camila Valbuena and Ana Cristina Sanabria in the first two days, this time it was Yenifer Ducuara’s turn, winning from the escape.

The Huila rider sealed the victory in the second fraction of the Boyacá round, made over 42 kilometers between Santamaría and Garagoa, in a mountainous day. In second place came Sara Juliana Moreno (Indeportes Boyacá Avanza) and third concluded Estefanía Herrera (Colombia Tierra de Atletas GW Shimano).

This Saturday the third stage will be run, an individual time trial, which starts from Somorondoco and ends in Sutatenza, over 18.9 kilometers.