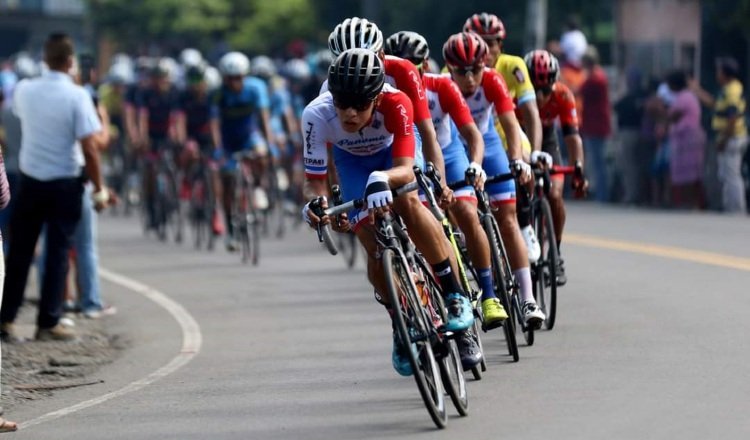 The 2022 Tour of Panama will feature cyclists from Saudi Arabia, Spain, the United States. Cuba, Colombia, Guatemala, Costa Rica, Panama, among others. big time This is how the Tour of Panama will start on Sunday, August 21, which will have 7 stages and with at least 258 riders from different countries.

For Saturday, August 20, the technical congress of the Tour is scheduled, the presentation of the different teams that will see action in the fair, teams from Saudi Arabia, Spain, the national teams of Guatemala, Costa Rica, Cuba and Colombia, explained Emer Samudio from the Panamanian Cycling Federation (Fepaci).

Samudio added that the national fair is very important for the Panama is Culture and Values ​​team, which is the current ranking leader in the Americas, and that the Tour of Panama serves as part of its preparation for international commitments.

The Panama es Cultura y Valores team is preparing to participate in a competition in Baltimore, United States on September 1, added Samudio.

For the national fair, the Panama es Cultura y Valores team will include figures such as Christofer Jurado and Franklin Archibold, among others. Archibold is the current champion and the jury Chorrerano is the runner-up, they are some of the Panamanian hopes of lifting the cup.

“The Tour of Panama 2022 means much more than a cycling competition, it means showing the world how beautiful Panama is. Nowadays, Panamanian cycling is in an excellent moment, we have one foot in the Paris 2024 Olympic Games, the UCI Continental Licensed Team Panama is Culture and Values ​​achieving more victories on European soil, and this is only the beginning. We are being a reference in the world of cycling and with an event like this we can set a precedent. The Tour of Panama 2022 means economic reactivation for the country, the Tour of Panama means tourism, the Tour of Panama means health and culture”, said Emer Samudio, General Manager of the Panamanian Cycling Federation.

FIRST STAGE: Closed Circuit of 20 laps in the City of Chitré leaving and arriving at the emblematic Parque Unión to complete 93.00 kilometers

SECOND STAGE: Flat stage that leaves from the Municipality of Las Tablas, passing through the City of Chitré, to return later in the province of Veraguas to Parita, becoming the longest stage of the Tour of Panama with 136.77 kilometers.

THIRD STAGE: It begins in the Parque Unión de Chitré with a flat route of 90 kilometers to deviate in the Copé and finish with 21 kilometers of ascent, ending the route with ramps in Cerro Marta of up to 27% elevation, this being the Stage Mountain queen with 111.35 kilometers.

FOURTH STAGE: Mountain stage that leaves from the Royal Decameron Hotel towards Río Hato to return via Bejuco and climb the mythical Altos del María, completing the route with 95.24 kilometers.

FIFTH STAGE: We continue with the test against the clock with a route of 21 kilometers. We go to the Province of Colón, starting from the Nuevo Bolívar highway, passing through the Atlantic Bridge and ending at the Fort of San Lorenzo, a stage where nature will be the main protagonist.

STAGE SIX: The Panama International Autodrome, in La Chorrera, West Panama, will be the stage for a closed circuit of 30 laps including the last 5 kilometers with an international level Sterrato section, to complete the route with 85.10 kilometers.

SEVENTH STAGE: In the Cinta Costera 1 of Panama City, the curtain falls on this edition of the Tour De Panama, with a closed circuit of 18 laps where the sound of the waves and the beautiful bay of Panama behind will adorn the stage with a total of 99.66 kilometers.