Tour of Spain: López and Bernal are still in the fight, Carapaz loses 10 minutes 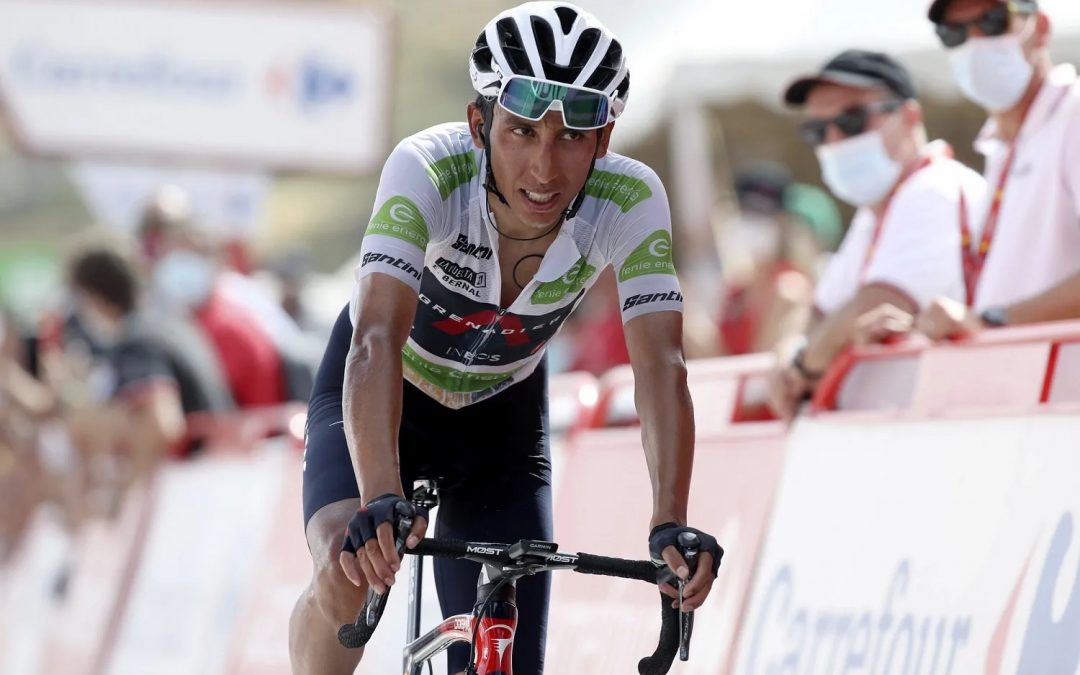 The Italian cyclist Damiano Caruso (Bahrain Victorious), won alone the ninth stage of the Vuelta a España this Sunday, August 22, a day in which the Colombians Miguel Ángel López (Movistar Team) and Egan Bernal (INEOS-Grenadiers) climbed a box in the individual general, while the Ecuadorian Richard Carapaz fell to 21st place.

Caruso’s triumph came between Puerto Lumbreras and Alto de Velefique (188 km), a section in which the Slovenian Primoz Roglic (Team Jumbo-Visma) reinforced his leadership of the race, followed by the Iberian Enric Mas (Movistar Team) and the South American Miguel Ángel López.

Caruso, in a heroic gallop for much of the stage, prevailed in a big way at the top of Velefique, which crossed with a time of 05: 03.14, followed at 1.05 minutes by Roglic and Mas, who gained 6 and 4 seconds, respectively . Carapaz tried to attack in the absence of 5 kilometers and that physical effort weighed on him. He is now 10 minutes and 57 seconds behind the leader.

Another who gave up a few valuable seconds was Colombian star Egan Bernal. However, he remains alive in the dispute for the privileged positions of the last big lap of the 2021 season with INEOS Grenadiers, advancing to the fifth step 1:52 minutes behind the race leader.

The Cundinamarqués affirmed that despite feeling in good condition, he needed to have more explosiveness. “I felt good, just that I was missing that change of rhythm, I was going strong but when they accelerated I felt that I could not and they released me again.”

For Egan, better options will come than those presented this Sunday. “We decided to go all out and force the race. We knew that the race was going to be very crazy and the idea was to put a strong rhythm on the long climb and tense up the race at the last pass, but the truth is that there were other strong riders and there was no other option but to turn the page ”.

Regarding the strategy that his team will use from now on, the Colombian expressed: “Yates tried to help me, but at one point I already told him to do his career the best he could. I have no idea what INEOS ‘strategy will be from now on, for now tomorrow we are going to rest and see how we are doing ”.

After the first rest day, this Tuesday the Vuelta resumes with a 189-kilometer stage that departs from Roquetas de Mar. A day that presents a second-category climb just over 15 kilometers from the arrival in Rincón de la Victoria.