Tour of Táchira: Third time was the charm for Xavier Quevedo 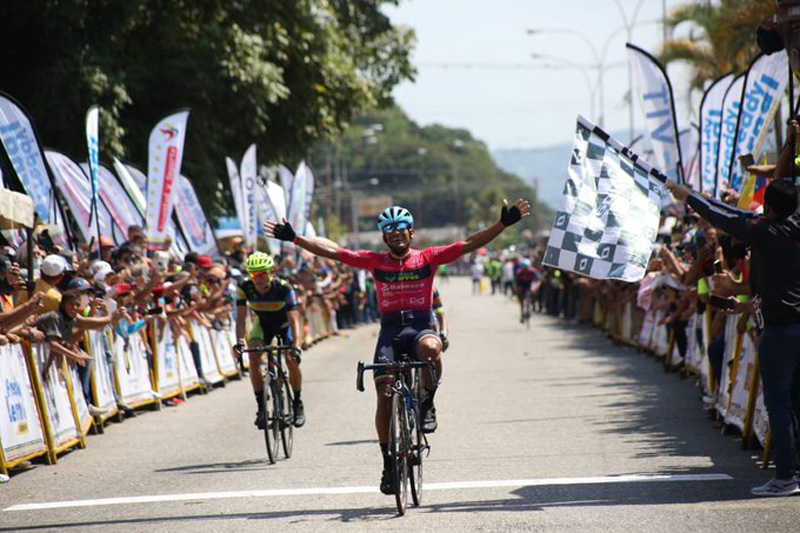 The sprinter Xavier Quevedo reported the first Venezuelan victory in the 57th edition of the Tour of Táchira by bicycle, after crossing first, ahead of his compatriot Daniel Abreu and the Colombian Juan Espinel, at the end of the third stage, a section of 131.8 kilometers between Socopó (circuit) and Barinitas, which resulted in a change of leadership in the general classification.

Quevedo took advantage of a field that he knows very well, since his team, Venezuela Country of the Future, is concentrated in that area of ​​the state of Barinas. After being third in the first two days, the native of Bachaquero (Zulia) opted for a different strategy and yielded good dividends.

Seeing that in the definition of the sprint he seems to be one step below the Colombian Johan Colón and the Serbian Dusan Rajovic, winners in the first two dates, Quevedo got involved in a breakout that formed after the first hour and a half of travel, which she stayed alive until she crossed the finish line.

The 30-year-old sprinter completed the conquest, the first of his career in the Andean tour, with a record of 3 hours, 13 minutes and 19 seconds.

The Serbian Rajovic, winner the previous day in Ciudad Bolivia, had arrived at the day as the owner of the yellow shirt, but was ‘disarmed’ in the face of the escape, with his team, the Italian Corratec, without enough units to chase, apart from that, different from the previous date, in which the rain ‘cooled’ the peloton, the heat took its toll on the Europeans, and they lost 6 minutes and 37 seconds at the finish line, to automatically give up the position of boss in the main locker.

The new leader of the race is Xavier Quevedo, with a cumulative time of 9 hours, 56 minutes and 43 seconds. In addition, the Zulian was placed at the head of the sprint and points classifications.

But it was not the only joy for the conglomerate of the Venezuela Country of the Future team, because another of the pupils of Miguel Ubeto’s squad, Larense David Mendoza, now commands the classification corresponding to the sub-23, just when the field in which it works best. The youth was part of the escape of seven runners that had in Quevedo the great protagonist of him.

The chapter reserved for sprinters is over. As of this Wednesday (January 19) the tour of Tachira enters mountainous terrain and opens expectations regarding the fight for the title.

The caravan leaves the territory of Barinas to enter Mérida, within the framework of a fourth stage of 104 kilometers that foresees the first arrival with a mountain pass.

In principle, a circuit is established between Lagunillas and the Metropolitan Stadium, to which the runners will go around six times, before heading to Plaza Bolívar, where the sentencing line will be located. The ascent is from 1,200 to 1,600 meters of altitude.

The day will serve to ‘measure’ the conditions of Roniel Campos, current two-time champion of the ‘Giant Tour of America’ and who tries to be the first rider to win three titles in a row, and other candidates such as Anderson Paredes, Luis Mora, Jimmy Briceño, José Alarcón and Jeison Rujano, on the eve of the three arrivals in a row at La Grita, Casa del Padre and Cerro El Cristo that will decide the fate of the competition.