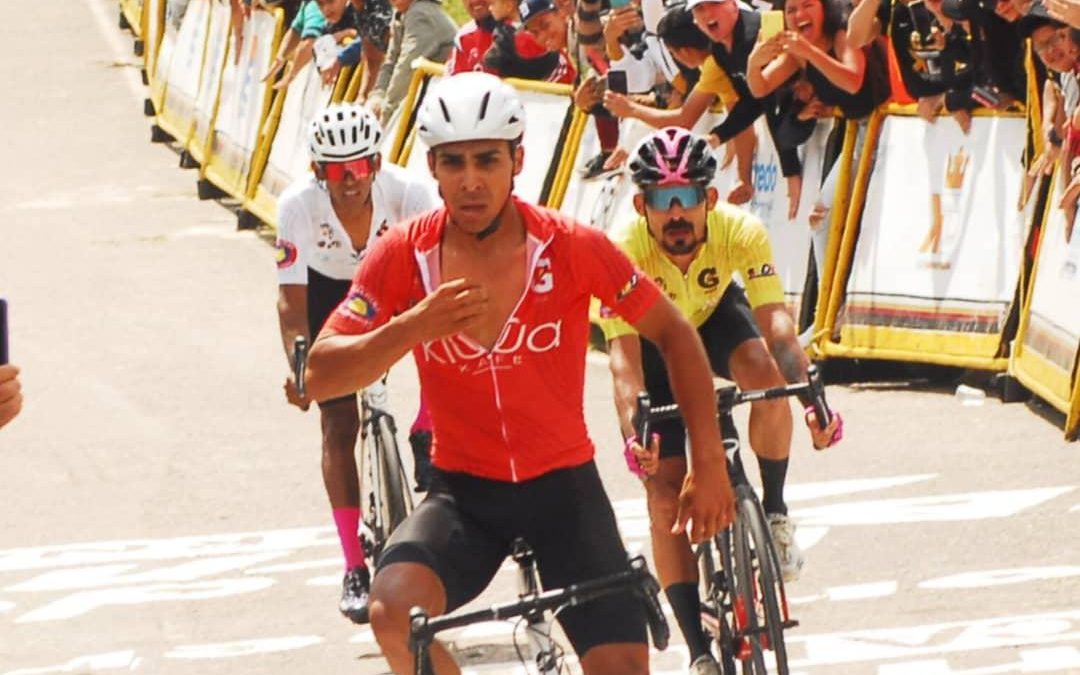 The Venezuelan cyclist Yonder Godoy achieved victory today in the queen stage of the 58th edition of the Tour of Táchira, in a day of 132.5 kilometers with the mountain as the main protagonist, since the caravan started from La Fría (127 m .) and ended at Casa del Padre (2,320 m.).

Known as the queen stage of the `Vuelta Grande de América´, this segment had an accumulated positive difference of more than 3,200 meters, since it included the passes through the Alto de Caliche (3rd Cat. with 7.4 km at 5%), the Alto de Palo Grande (2nd Cat. with 8.2 km at 5.8%) and the pass through Palmira (2nd Cat. with 5.8 km at 8%) before facing the ascent to Casa del Padre.

This phase was an endurance race in which the Venezuelan Luis Guillermo Mora (Saavedra-Gelvez) was the last member of the escape and opened the race in the last kilometers until the chasing group of 12 cyclists finished with their options nine kilometers from the final.

The final battle was fought on arrival at Casa del Padre where Yonder Godoy was the strongest of the favourites.

Venezuelan José Alarcón, who donned the leader’s jersey after winning the fifth stage, remained at the top of the individual general classification after finishing second in the stage.

After the distribution of bonuses, Alarcón now has a 1 minute and 2 second advantage over Juan Ruiz and 2 minutes and 4 seconds over Juan Diego Alba, a virtual podium of the race with two stages to go.

The Tour of Táchira continues with a firm step this Saturday with the dispute of the seventh and penultimate stage, of 134.8 kilometers, which will start from the Venezuelan town of Ureña to finish in the Colombian town of Cúcuta.

It will be another memorable battle in the mountains with 2,177 meters of elevation gain concentrated in the second half. The squad will leave Ureña at 10:00 in the morning and its arrival in Cúcuta is scheduled for around 1:25 p.m.