TOUR TO GUATEMALA: LUIS LÓPEZ WINS THE THIRD STAGE AND IS THE NEW LEADER 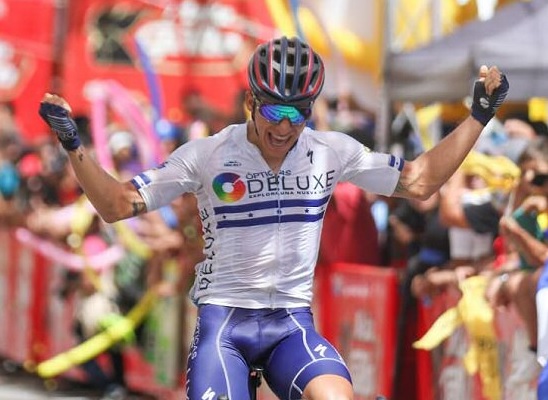 GUATEMALA CITY. The Honduran cyclist Luis López beat the current champion, Alfredo Ajcapajá, in the sprint during the third stage of the Tour of Guatemala and was also crowned leader of the general classification of the Guatemalan round.

The 93 kilometers of this route, between Gualán, El Rancho, El Progreso and Guastatoya, left, after three flying goals and a disputed mountain prize, López first on the podium, followed by Ajcapajá and with the Peruvian Alonso Gamero third .

The caravan, which started its way in a controlled exit, left Peru’s Hugo Ruiz as the winner of the first flying goal at kilometer 16 of Valle Dorado, although Colombian Heimarhaz Ariza starred in the first escape, which Ruiz himself later took away from him, winner also of the second flying goal and third.

The only mountain prize of this stage, located at kilometer 89.5 of the competition before entering Guastatoya, left two Guatemalan brothers on the podium: Celso Ajpacajá first and Alfredo Ajpacajá, second.

But in the last minutes Lopez snatched the first place to Ajcapajá with a time of 2 hours, 21 minutes and 46 seconds for both, while the Peruvian Gamero reached 4 seconds of them.

The fourth stage, of 121 kilometers, will be played this Saturday between Villa Nueva, Santa Lucía, Cocales, San José El Ídolo and Suchitepéquez. (EFE)