Track cycling: the rise and continuation of Quintero 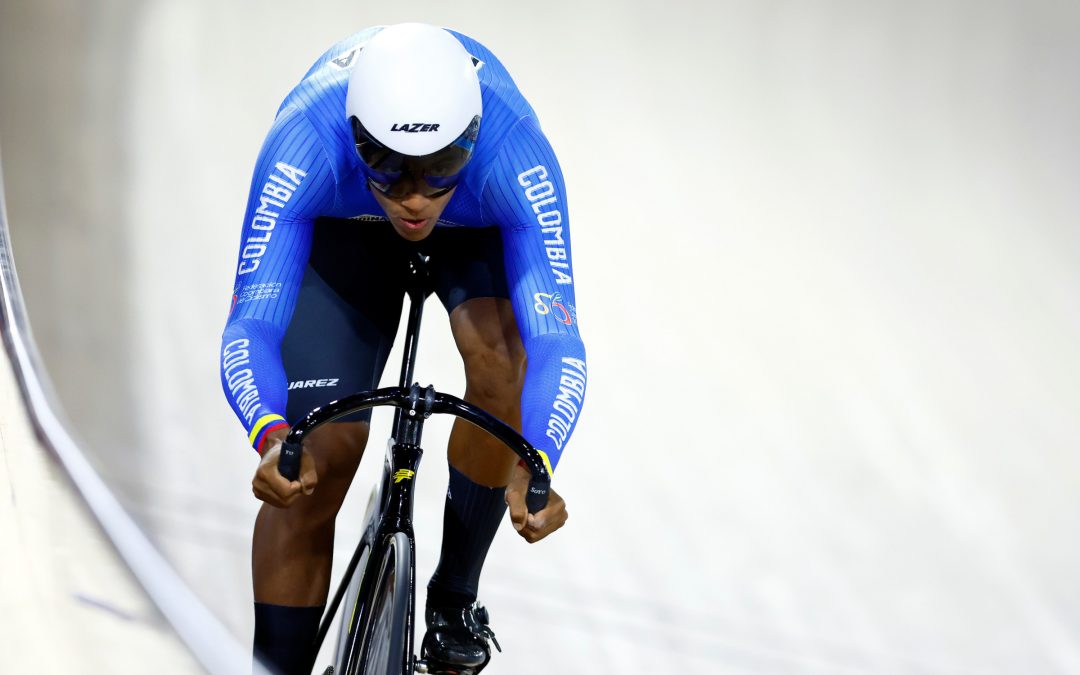 Dominant in the sprint events at the 2021 Tissot UCI Track Nations Cup, Kevin Quintero returned to the top step of the keirin podium in the second round of the 2022 series last weekend in Milton (Canada).

Quintero is truly on a roll. One that started in December 2019, when the Colombian sprinter took gold in Brisbane (Australia) at the fifth round of the 2019-2020 UCI Track Cycling World Cup, and that sees him dominate the keirin standings after two rounds of the 2022 Tissot UCI Track Nations Cup.

Two and a half years ago, in Australia, Quintero was claiming his first global victory after continental triumphs in the Pan American Games and the South-American Games. Nothing seems to have been able to stop him since this maiden success, not even the Covid-19 pandemic.

Naturally, Quintero was affected by the pandemic and the subsequent measures to fight it, with the various lockdowns and event cancellations. “You have to imagine how athletes felt, it was complicated, we spent almost a year locked in,” he recalled in an interview with El Colombiano ahead of his Olympic Games debut, last year in Japan.

But the Colombian youngster kept his head down. “The training has been good,” he said. And on the track, the 23-year-old rider from Palmira has been showing the best version of himself since competitions have resumed at the highest level.

Following his victory in Brisbane (ahead of the local star Matthew Glaetzer), Quintero came second in Milton, the last round of the Tissot UCI Track World Cup. A year later, the Tissot UCI Track Nations Cup was born, as part of the reform of track cycling. And Quintero was more than ready to shine.

The three rounds in Hong Kong, Saint Petersburg and eventually on Colombian soil, in Cali, saw him dominate the field in the keirin as well as the individual sprint. At home, he also took a silver medal in the team sprint. Colombia eventually topped the overall standings, and Quintero played a big part in this success.

Five years ago, he expressed his pride at being selected for the Colombian squad: “We’re in a process of building a strong team because we think track events can suit Colombian talents very well.”

By Quintero’s side, the likes of Martha Bayona, Santiago Ramirez and Cristian Ortega are demonstrating the depth of Colombia’s track talent. They’re also showing that their dominance in the 2021 Tissot UCI Track Nations Cup was not only due to the special conditions during the pandemic, but also to their raw ability.

In Glasgow (Scotland) and Milton, they’ve accumulated seven medals, including two for Quintero, both times in the keirin: silver behind Harrie Lavreysen and then gold ahead of Matthew Richardson and Stefan Bötticher, after Jack Carlin was relegated to 6th. On his way to success in Milton, the Colombian sprinter dominated his heats in the first and second rounds.

On the podiums, Quintero thinks “about the training, the suffering before the races. And I think: It was worth it, every effort is up to the limit, it’s worth going to bed early, not going out. There is nothing more satisfying for a sportsman than seeing yourself on a podium.”

Last year, his efforts granted him his Olympic Games debut, and Quintero reached the quarter-finals of the individual sprint and the semi-finals in the keirin, a few weeks after he claimed four gold medals in the Pan American Track Cycling Championships. Since then, he’s kept improving and he’s now aiming for the highest successes around the world.