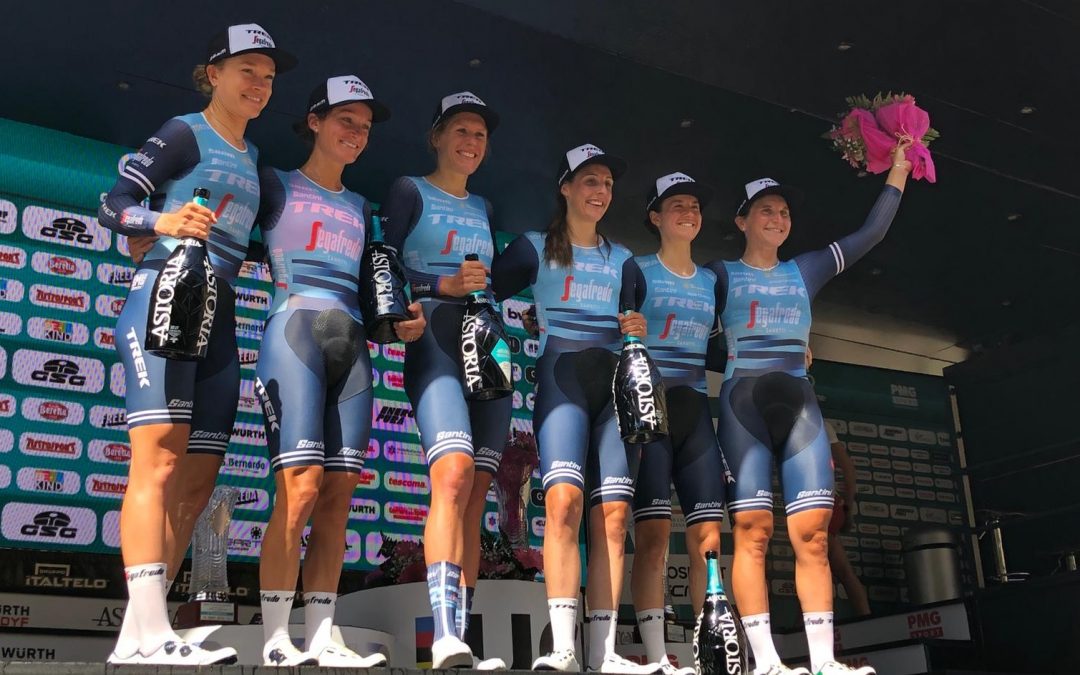 The Trek-Segafredo Women team won the initial team time trial of the women’s Giro d’Italia (Giro Rosa) that was held this Friday over a distance of 26.7 kilometers between Fossano and Cuneo and the American Ruth Winder became the first leader of the race at be the leader in crossing the finish line of your squad.

The North American team used a record of 33 minutes 40 seconds to stay with the victory, escorted by the SD Worx formation of the main candidate for the final victory Anna van der Breggen to eight seconds; while the Alé BTC Ljubljana club of the Spanish Mavi García was third on the podium at forty seconds.

As for other teams with Latina running backs, the A.R. Monex, which is made up of the Cuban Arlenis Sierra and the Mexican Ariadna Gutiérrez and Andrea Ramírez, completed the segment with the thirteenth best time (among 24 contestants) by arriving at the goal one minute and 58 seconds apart from Trek-Segafredo.

For its part, the TIBCO SVB Team of the Colombian runner Diana Peñuela, occupied the eighth position in this first contest, one minute and 20 seconds behind the winning team, but the South American was the most behind in the sentence line occupies the position 91 in the individual general classification at 4 minutes 6 seconds

Prato Nevoso, a first-class mountain pass, will host this Saturday the arrival of the second fraction, a 100-kilometer-long day that starts from Boves and presents a highly difficult route.