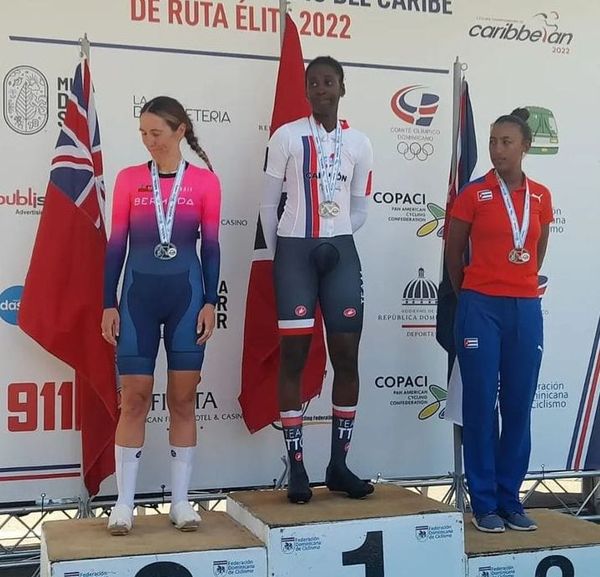 With the triumphs in the individual time trial of Teniel Campbell, from Trinidad and Tobago; Kadena Hopkins from Bermuda and Aylena de las Mercedes, from Cuba, began this Saturday the Caribbean Road Championship, which is based in the Dominican Republic and brings together cyclists from 17 countries.

Campbell showed why he is one of the best female riders in the area and in America by dominating the 20-kilometer test with a time of 27:23.92 minutes and a speed of over 43 km/h. “I am very happy to give this first gold medal to my country and I want to win the route too,” the 25-year-old athlete told local media.

For the second and third seats were Caitlyn Conyers from Bermuda (27:54.45) and Claudia Boro Arango from Cuba (29:48.37), who performed an excellent job, on a morning where there was hardly any air blowing in the circuit agreed for this test.

“It was a very strong track and I think we managed to win a gold and a bronze, although we would have wanted to qualify for the Central American and Caribbean Games directly,” the Cuban told the Quisqueyan media.

As established in the official regulations of the competition, the first two of the time trial in the elite category secured their tickets for the Central American and Caribbean Games in San Salvador in 2023, while this Sunday the route will be run in both sexes, which will deliver a passport for the Salvadoran contest to the first 6 and a country can only win a maximum of 3 places.