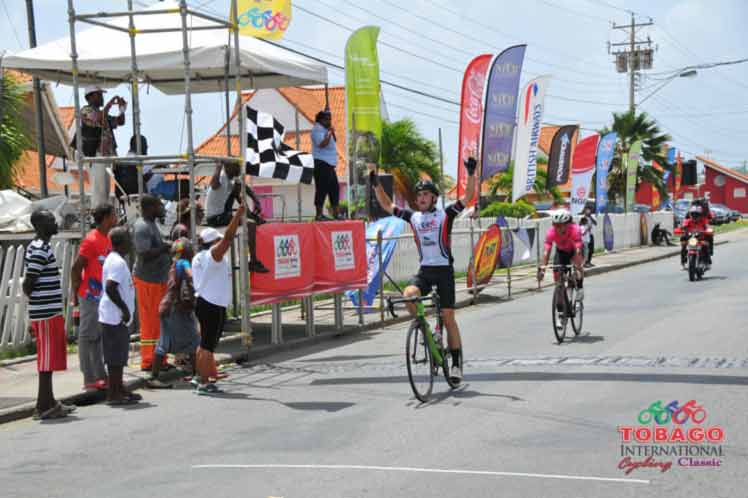 Chairman of the TICC, Jeffrey Charles said on Wednesday that promoters remain quietly confident that the popular road race would not be cancelled due to the global covid19 pandemic.

While he acknowledges that there is still some uncertainty given the lingering concern of coronavirus, Charles believes if TT’s borders are reopened within the next two months, cyclists would be able to book flights and confirm their participation.

“I’m leaving it on the calendar until further notice. The cyclists are very keen for it to come off. It’s still four months away and anything can happen during this time. I’m just letting the cyclists know it is still on the calendar. We have not made any decision to cancel. By mid-August we will take a final decision confirming whether we can go ahead and host the classic,” said an optimistic Charles.

The 2020 edition (scheduled for September 29 to October 4) is considered the biggest annual international sporting event in Tobago. The competition (featuring four stages and one main event) attracts scores of riders from across the globe including experienced road cyclists from Europe, South America, North America and the Caribbean.

TT’s most-accomplished road cyclist, Emile Abraham, has endorsed the possibility of competing this year and is gearing up his Atlanta, United States-based team to participate.

Charles stated that he has been in constant contact with many foreign-based riders who are eager to return to competitive racing after they were forced to stay indoors in their respective countries during the pandemic.

“I want to let the riders know that it’s on so that they don’t make other commitments,” Charles said. “I spoke to a few of my key sponsors and they are very interested in not shelving the event as yet. I haven’t given up or cancelled anything as yet.

“We are very optimistic it can happen. The interest in even more than normal because there’s no races going on and cyclists are hungry to compete,” he added.

Charles also confirmed he has already attained usual support from the Tobago House of Assembly (THA) and some of his major sponsors who remain committed to the cause. Since its inception, the TICC has never been postponed or cancelled.

It has also been suggested to the organising committee, that even if they have to push the event back by two weeks, they are willing to welcome this change to facilitate a smooth flow of operations.

“My goal is to do everything possible for the race to come off without being irresponsible,” noted Charles. “We will see how it works out. We’re hoping for the possible lifting of the travel ban by the end of June which would still give athletes enough time to organise themselves for competition. If we could pull it off, it should add more prestige to the event as we were able to pull through during difficult times.”

He concluded, “Once the sponsorship is there, the race will go on. The new THA management team there now are very supportive of this race. The THA are big supporters of the event and the National Lotteries Control Board are also on board still. Everybody wants something positive to happen and I am giving them some positive feedback by not throwing in the towel as yet.”