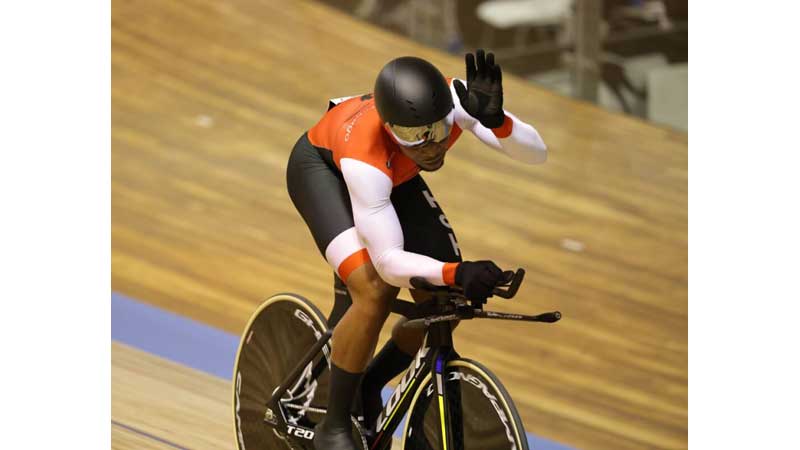 Owner of seven awards, the Trinidadian Nicholas Paul stands today among the most outstanding cycling in Latin America and the Caribbean with prominence on the international circuit of 2021.

Olympic diploma in Tokyo 2020, Paul will dismiss the season in second place in the sprint and time trial rankings at one kilometer thanks to his performances at the Nations Cup in Cali (September), the World Cup in Roubaix (October) and the League Champions (November and December).

Current record holder in the 200 meters, the 23-year-old rider debuted under the shadow of the five rings in the Japanese capital and there he finished sixth in the sprint and twelfth in the keirin, to command a Trinidadian performance that also featured newcomers Kwesi Browne (track) and Teniel Campbell (road).

In the Nations Cup held at the Alcides Nieto Patiño velodrome, the sprinter celebrated on the track the titles in sprint, keirin and one kilometer time trial, this test in which he added the silver medal in the roubaix world joust.

Precisely, in the one kilometer time trial, the Trinidadian cyclist exhibits 1,700 units to occupy the second position, behind the Polish Patryk Rajkowski (2,500) and superior to the Colombian Santiago Ramírez (1,690), third in the ranking.

In the sprint, Paul also won the second seat at the Belgian Open (April), the crown at the Bahnen-Tournee tournament (May) and at the end of the campaign he won the silver medal during the second stage of the League. of Champions in Lithuania.

The Commonwealth Games (July-August) and the Track World Cup (October) focus Paul’s objectives in the upcoming season towards the Pan-American event in Santiago de Chile 2023 and the Olympic Games in Paris 2024.