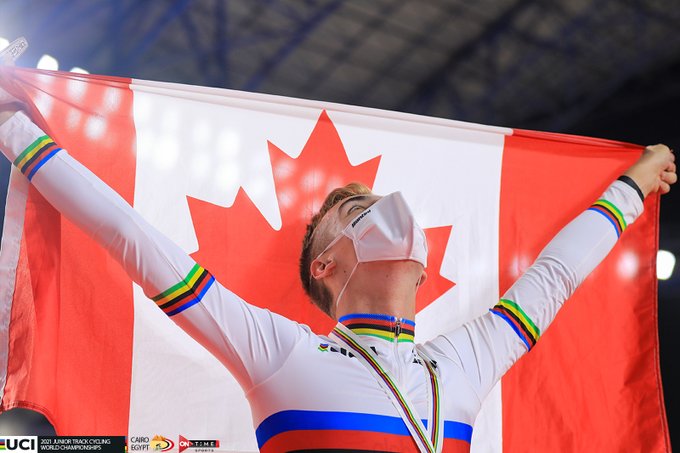 America made two golden crosses on the podium of the World Track Championship, junior category, held in Egypt, thanks to the titles of the Canadian Carson Mattern in the scratch and the American Kaia Schmid in the elimination race.

Carson Mattern took gold in 16 minutes and 19 seconds in the men’s scratch final of the International Cycling Union (UCI) Youth Track Cycling World Championship, while four other events also came to an end.

The Canadian averaged 36,741 kilometers per hour to distance himself from Swiss Pascal Tappeiner and Italian Lorenzo Ursella, who took the silver and bronze medals, respectively, in the match hosted by Cairo, Egypt.

Greek Nikiforos Arvanitou could have finished above his thirteenth position, but was penalized for causing a crash during the 10km race.

For her part, in the final event of the day, the women’s elimination race, Kaia Schmid from the United States managed not only to overcome the drop zone, but also to all the other athletes to claim a brilliant gold medal.

The Germans Lana Eberle and Gabriela Bartova from the Czech Republic completed the podium, in a test that featured 21 cyclists from as many nations. This September 3, the medals will be awarded in the men’s and women’s