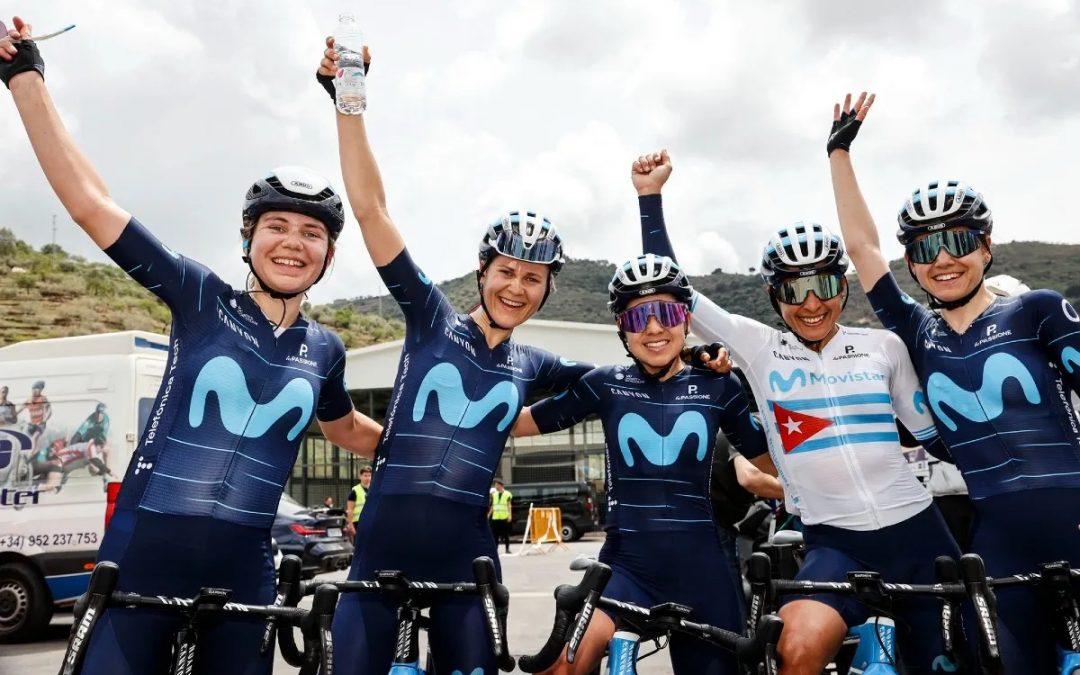 The Movistar Team confirmed its roster for the women’s Tour de France, which begins in Paris on July 24, the day the men’s ‘Grande Boucle’ ends. Among the sextet chosen by the telephone squad is the Cuban Arlenis Sierra and the Colombian Paula Patiño, the only Latinas who will run this important contest.

In addition to the two Latin Americans, the group led by Sebastián Unzué and Jorge Sanz will have the Giro Donne 2022 champion, the Dutch Annemiek van Vleuten, who will be seconded by the Danish Emma Norsgaard, the French Aude Biannic and the Spanish Sheyla Gutiérrez, main novelty with respect to the cast that participated in the Women’s Giro d’Italia.

In total there will be eight stages of the French women’s round, which returns to the cycling calendar after several years of absence, with a total of 1,029 kilometres. It begins on Sunday, July 24 and ends on Sunday, July 31. It will start from the Eiffel Tower in Paris, the same day that the men’s event ends, and will end with the climb to La Planche des Belles Filles.

Annemiek van Vleuten, who continues with the challenge of winning the three ‘Grand Tours’ in the season, part of her as her great favorite after her great exhibition in the Women’s Giro Rosa, which ended on July 10.

“For me it is very important, since it will be the first new edition and the appearance of Movistar. We will fight for Annemiek van Vleuten’s victory in the individual general classification,” Arlenis told the Cuban sports weekly Jit.

“We will have to work for our leader and that is something important, because everyone must know the responsibility they have in each stage,” Patiño told Colombian media, while expressing that she felt very excited about being in one of the most exciting stage races. relevant to women that is organized today in the cycling world.

The 2022 route will head to the east of France through four flat stages, two more with an uneven profile and another two in the mountains.

STAGES OF THE TOUR DE FRANCE