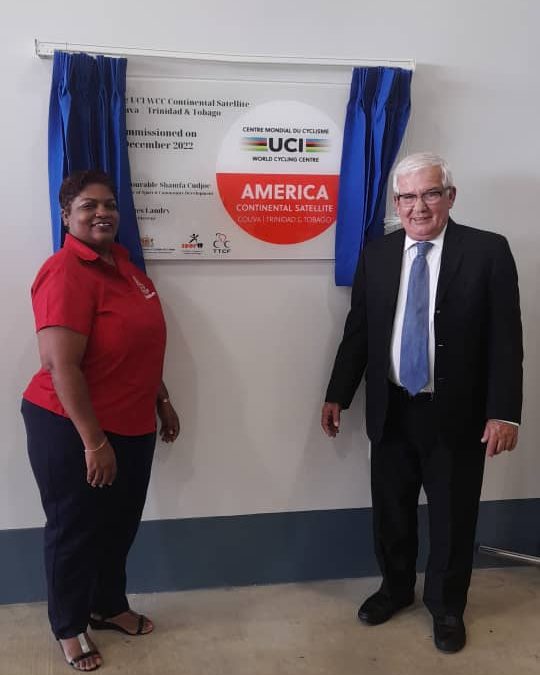 This Saturday, December 3, a new Satellite Center of the International Cycling Union (UCI WCC) was inaugurated at the National Cycling Velodrome (NCV) in Couva, Trinidad and Tobago, which will henceforth become a training center for the panamerican region.

A special thanks goes to the Hon. Shamfa Cudjoe, Minister of Sports and Community Development for supporting this great initiative, which was a longing for cyclists in this region to take advantage of the many opportunities that the Center will implement.

“As we move forward, let us remember our mission to grow and develop the sport of cycling regionally and continue to produce world-class cyclists in the Western Hemisphere,” CCU President Trevor Bailey said in his remarks.

This Satellite Center is also part of the 2022 Agenda conceived by COPACI and approved at its Congress this year, as part of the development and expansion of cycling to those countries with the greatest potential. In the case of Trinidad and Tobago, the speed area has experienced the best international results.