UCI World Ranking: Carapaz and Arlenis; Higuita the one who advances the most 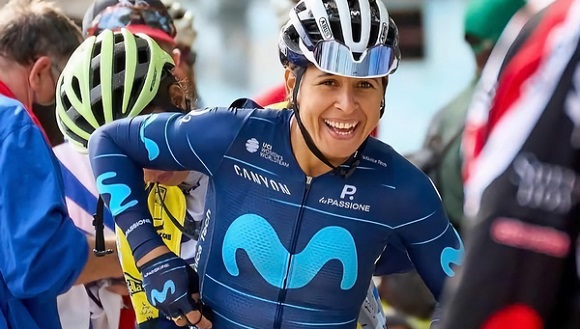 The Ecuadorian Richard Carapaz with fifth place, the Cuban Arlenis Sierra in 19 and the American team TREK – SEGAFREDO (TFS) – third with the women and 16 among the men – are the best places in America in the latest update of the World Ranking Road UCI this June 20, in which the Colombian Sergio Higuita starred in the most spectacular jump by advancing 19 steps and placing in 18th position.

Despite falling one position, Carapaz, Olympic road champion, remains the leader of our continent among men with 2,691 points, then Higuita adds 1,609, while Colombian Daniel Martínez closes the list of the 20 best in that category with 1,590 cartons.

Among the women, the only one that appears in the top-20 is the Antillean Arlenis, who accumulates 1461 points, well away from the place of honor of Annemiek Ven Vleuten (4141). In the case of the women’s teams, in addition to the aforementioned norteño, it appears in leading positions (EF EDUCATION – TIBCO – SVB (TIB)- 11th; and COLOMBIA LAND OF ATHLETES GW SHIMANO (CTF) – 18th.

The Colombian from Bora-hansgrohe, Sergio Higuita, starred in the most outstanding jump in a new update, as the ‘beetle’ scored important points after his performance in the Tour de Suisse, where he was runner-up, only surpassed by Geraint Thomas (INEOS Grenadiers ). The combative runner born in Medellin is still far from the most outstanding men in the peloton, with the Slovenians Tadej Pogacar (UAE Team Emirates) and Primoz Roglic (Jumbo-Visma) remaining firm in