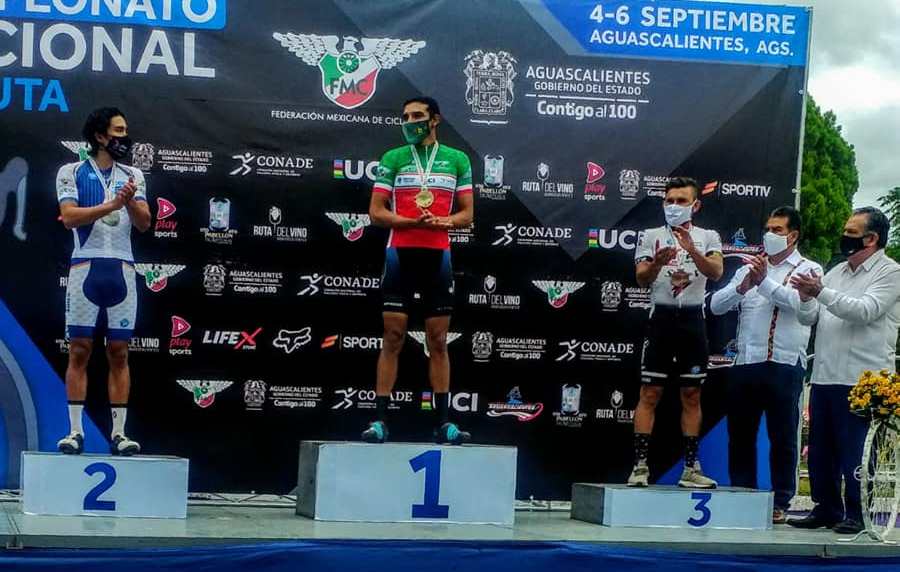 This Sunday ended the National Road Cycling Championship convened and organized by the Mexican Cycling Federation, with the support of the Government of Aguascalientes.

It is the first federated competition to be held in Mexico, in the coronavirus pandemic that to date maintains the risks of contagion at the national level in Orange or Red Traffic, and has caused the death of more than 67 thousand people in the country.

This Sunday, the state of Guanajuato saw its riders shine, winning all the medals. Ulises Castillo won the men’s test, crossing the finish line in three hours, 40 minutes and seven seconds, followed by Gerardo Ulloa, also from Guanajuato, who timed 3:42:10, and took the event as part of his preparation in search of competing in the World Cups of his discipline, scheduled for next October. Emery Hernández ranked third.

“This circuit is underestimated by many riders, but it is worthy of a classic. On the last lap he gave me that little pain that made me decide to play it all or nothing and I escaped without pursuers; that gave me the triumph ”.

At the close of the competition that called the youth category, Sub 23 and elite, Guanajuato was the entity that garnered the most medals with a total of 12 medals and three national champions, in addition to being the only state that completed the three podium places in two different occasions.

According to Gabriel Espinosa, technical director of the Mexican Cycling Federation, the event was carried out with health measures, such as requesting the use of face masks up to one minute before the starting shot and putting it back on at the end of the test, sanitizing bicycles, as well how to keep a healthy distance in common spaces, such as dining rooms.

Espinosa stressed that the event was part of an evaluation filter, heading for the World Championship to be held in Imola, Italy, from September 24 to 27, for which Mexico has one men’s place and five women.

PODIUM RESULTS OF THE DAY