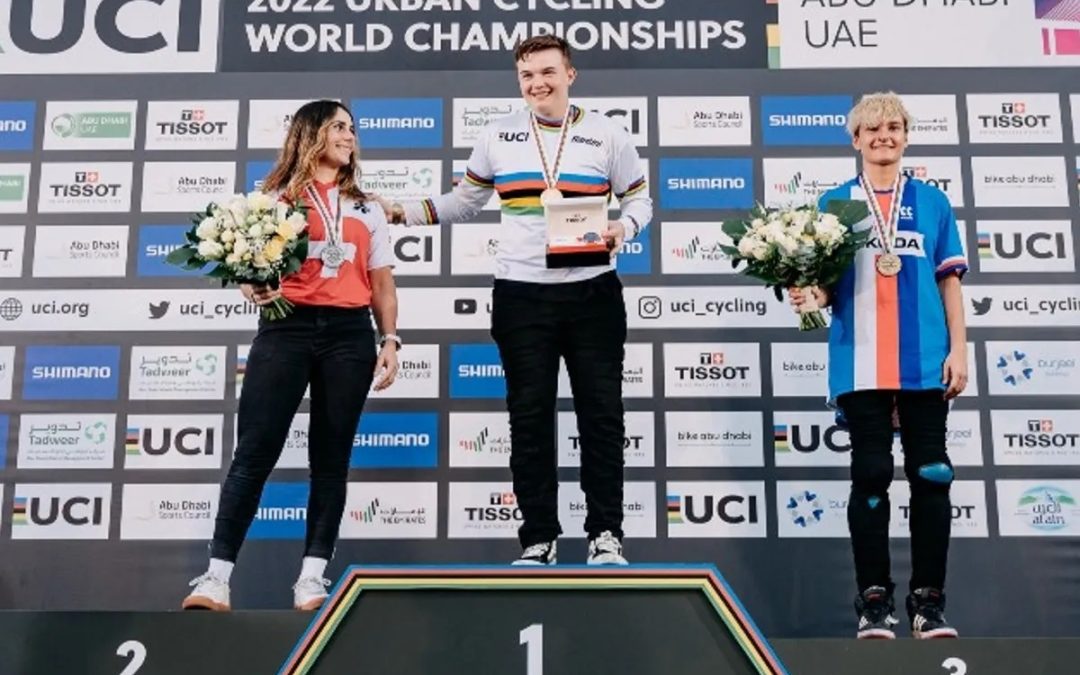 The United States ratified its universal power in BMX Freestyle, by adding gold through Hannah Roberts in the women’s category and silver to Justin Dowell’s neck among men, during the 2022 World Urban Cycling Championships, which took place in Abu Dhabi, United Arab Emirates.

The American Hannah Roberts retained her crown at this level by winning the test with 87.20 points, after beating the Swiss Nikita Ducarroz, who added 84.70, and the Czech Iveta Miculycová, 83.20, who finished second and third, respectively.

For Latin America, the Colombian cyclist Queen Saray Villegas performed an outstanding performance in Arab territory and was the best placed with sixth place (77.40 points), while the Argentine Analia Gabriela Zacarias finished tenth with 73.40 units. Both added important points with the aim of reaching the Paris 2024 Olympic Games.

As for the men, the Japanese Rimu Nakamura (93.80) won the title, while the 22-year-old American Justin Dowell was very close with 91.50, and the Frenchman Anthony Jeanjean (91.20) finished with bronze.

For Latin America, the Argentine José Torres Gil (89.26) was the best placed with a fifth seat; while the Olympic runner-up, the Venezuelan Daniel Dhers was seventh (85.40); and the Costa Rican Kenneth Tencio anchored ninth with 81.20 points.

By the way, podium hopes were high with Tencio, who had been a runner-up at the 2018 BMX Freestyle World Championships in Chengdu, China.